In addition to the day-to-day operations of the documentation centre, DOMiD also carries out various projects. They served and serve to develop: educational offers, to expand the DOMiD-collection, to collect stories on migration, and to generally reflect on the migration society.

Among the current, large projects, we have our future physical museum, “Haus der Einwanderungsgesellschaft”, the Virtual Migration Museum and the educational outreach project "Gemeinsam unterwegs?!" (Together on the move?!). 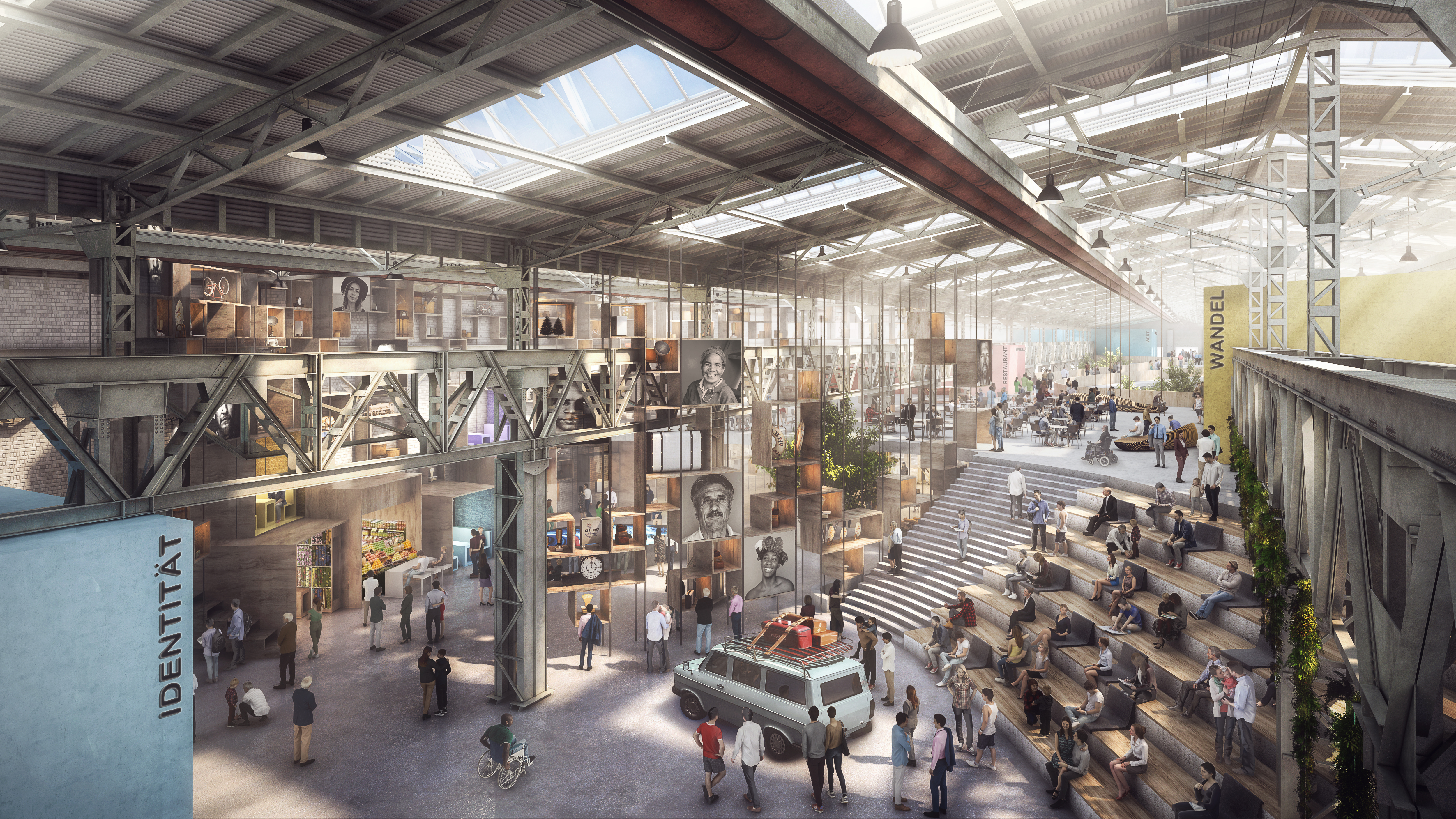 With the "House of Immigration Society", a place is being created in Cologne where permanent and temporary exhibitions will show how migration has inscribed itself in German history and shaped our social coexistence. In addition, as a cultural and educational center, the house offers space for exchange and a change of perspective, for example on questions of identity, living together and participation.

Since its foundation, DOMiD followed the aim to build a museum in which migration is presented as a common phenomenon. This goal is now about to come to reality. In 2019, the federal government and the state of NRW included funds for the "House of Immigration Society" in their budgets. It is expected that it will open in 2025.

The Virtual Migration Museum shines a light on migration, in 3D, and delivered directly to users' computer or smartphone[KS1] . Visitors to the museum can move through a fictional cityscape with nine buildings, which are dedicated to various topics. Beyond that, visitors can also travel through time, by switching between three different time periods.

The most up-to-date versions for various devices are available for download at the Virtual Migration Museum website. Whether visitors come on their desktop computer from home, on their smart phone while on the train, or on a tablet from history class at school, this museum is always open.

The project was funded by the Federal Agency for Civic Education (bpb) and the Landschaftsverband Rheinland (LVR).

The "Virtual Migration Museum" was awarded the "DigAMus Award 2020" in the category "Inclusion and Integration".

Homepage of the Virtual Migration Museum 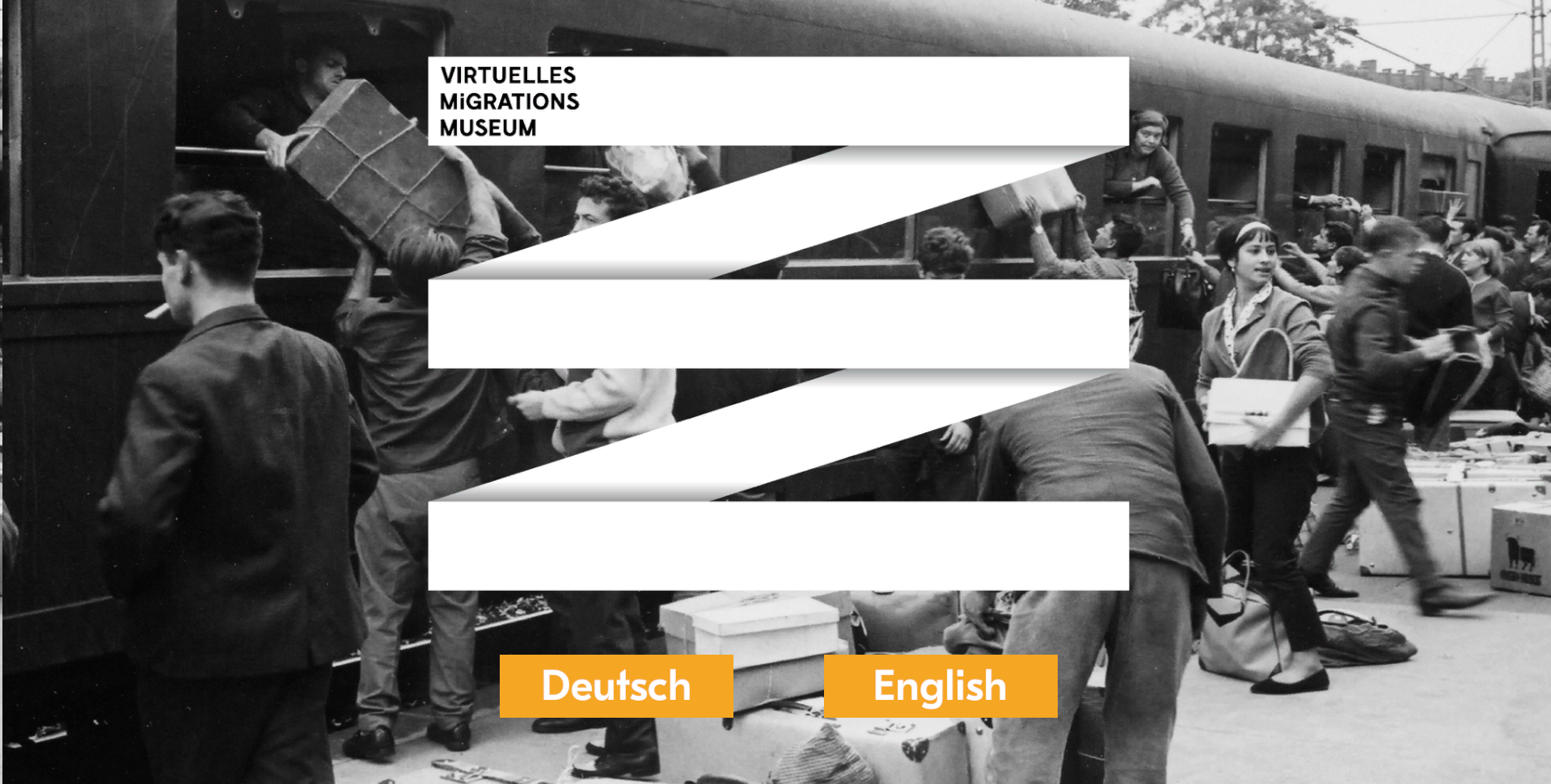 "Together on the move?" #Meinwanderungsland 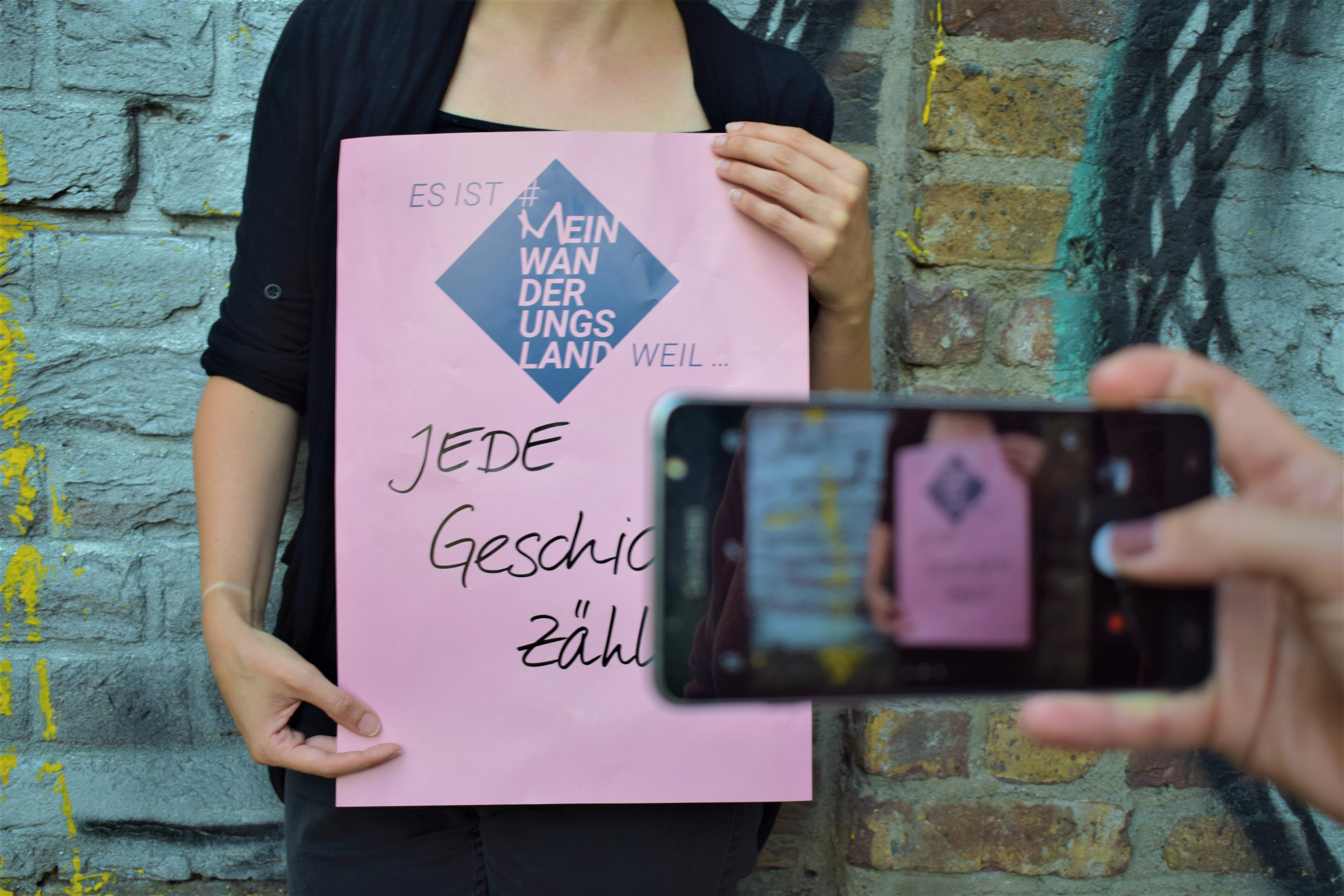 Following the motto "Every story counts", the outreach project #Meinwanderungsland "Gemeinsam unterwegs? Geschichte(n) der Migrationsgesellschaft" was carried out between December 2017 and September 2020. The focus of the first phase of the project was a tour across Germany. At public places, the team gave insights into the DOMiD collection and exchanged opinions with people passing by about the topic of migration. Together with local cooperating partners, events, workshops and city tours were organized. In addition, the team designed two workshops: "Learning with objects - understanding racism" and "Migration as a normal case - multi-perspective and transcultural reporting".

In the second phase the project adjusted to the conditions of the COVID-19 pandemic. Despite major restrictions, innovative events and outreach programs were developed and the project's digital activities were further expanded.

"Meinwanderungsland" was funded by the Federal Government Commissioner for Migration and Refugees and Integration.

The project "Meinwanderungsland" was awarded the future prize "Kulturgestalten 2021" in the category "Individual Projects".

Homepage of the project "Meinwanderungsland"

Retrospective: A Selection of our Projects