Cologne has the largest community of African citizens in NRW. Many of them are members of associations and initiatives that are involved in local politics, science, economy and in development cooperation. The diverse regional roots, cultural idiosyncrasies and different living environments are made visible and celebrated in the annual "Akwaaba" cultural festival. The motto of this year's festival was: AKWAABA 2019 - "On the trail of migration ... a time travel into the light".

The organizers write: "Recently there have been repeated violent attacks, some of them fatal, on people of African origin, in Cologne. Despite numerous advances, stereotypical images from the colonial era of Africa and people of African origin, remain dominant in popular discourse ethics. In times of a resurgent populism across Europe, it is more important than ever, that this topic is not marginalized. As long as such disparaging images arent actively encountered, structural, often latent and increasingly overt racism against people of African origin remains current. This is exactly where AKWAABA wants to start in 2019.

We were represented with a stand and exhibited objects from our collection, that document the life journeys of african people to Germany. We are very grateful for the impulses on our planned migration museum, that we received from the discussions. Many thanks to the Akwaaba team - Welcome Africa, Culture festival and the Rautenstrauch-Joest-Museumm for the great organization. 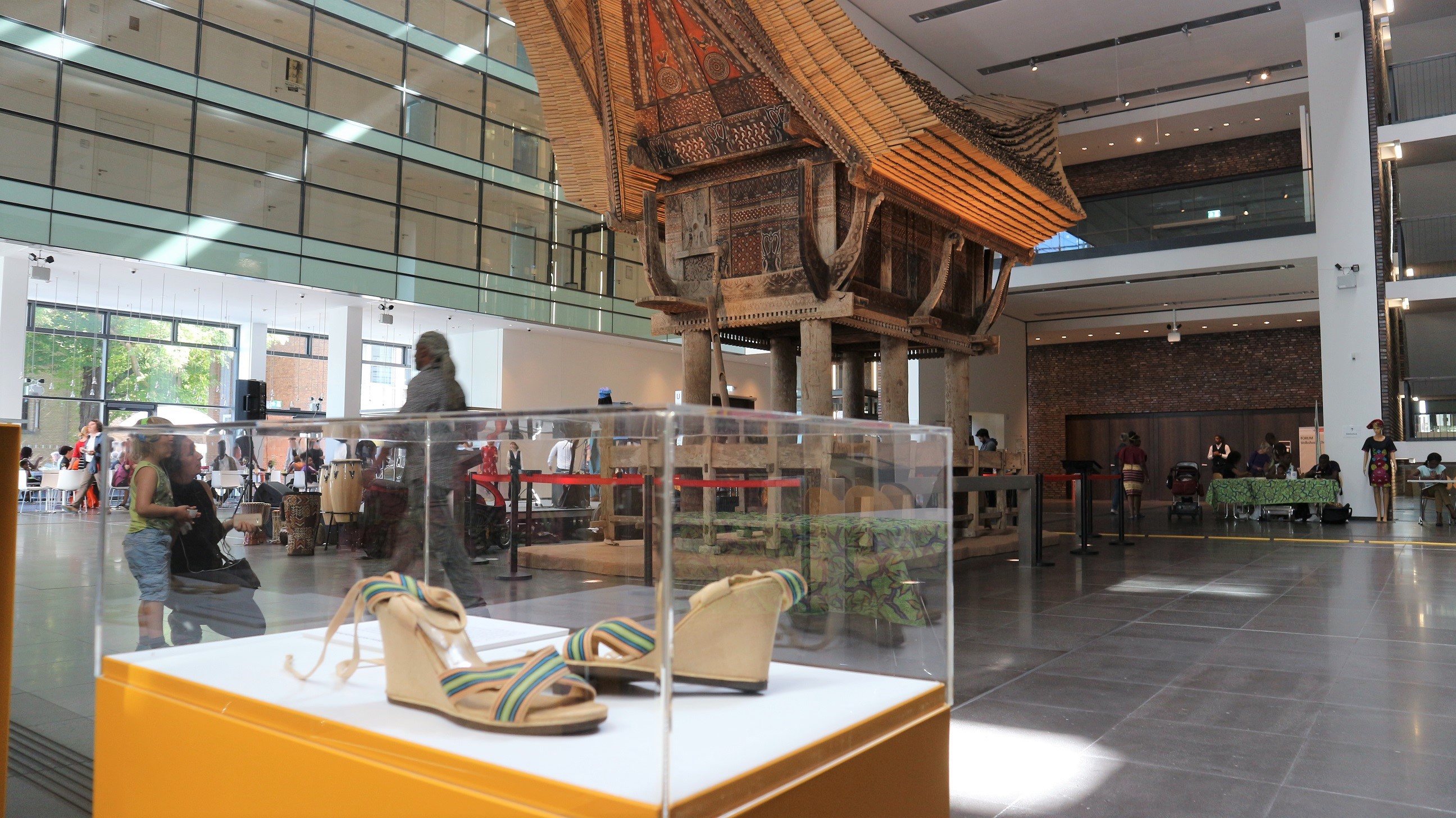 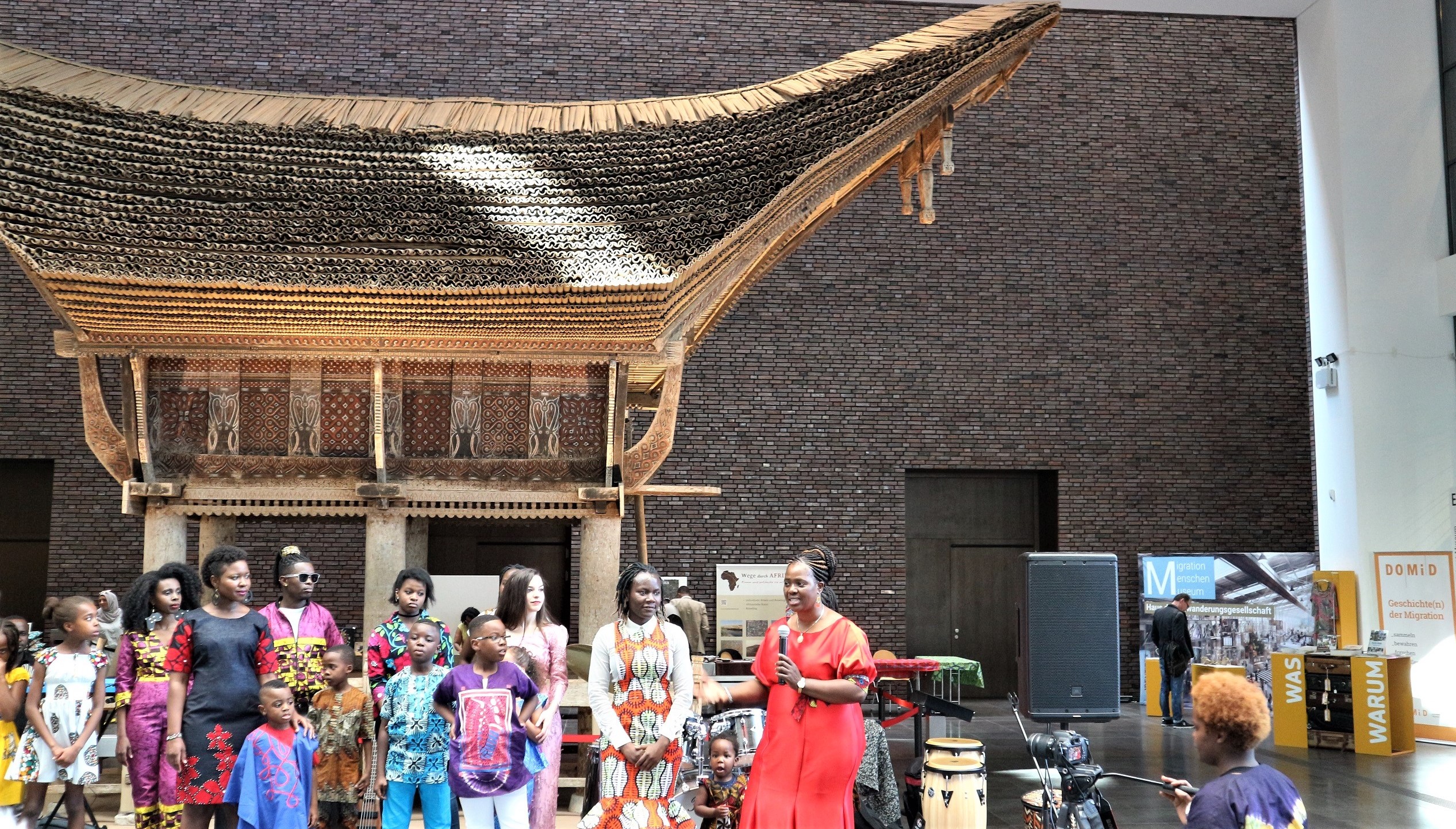 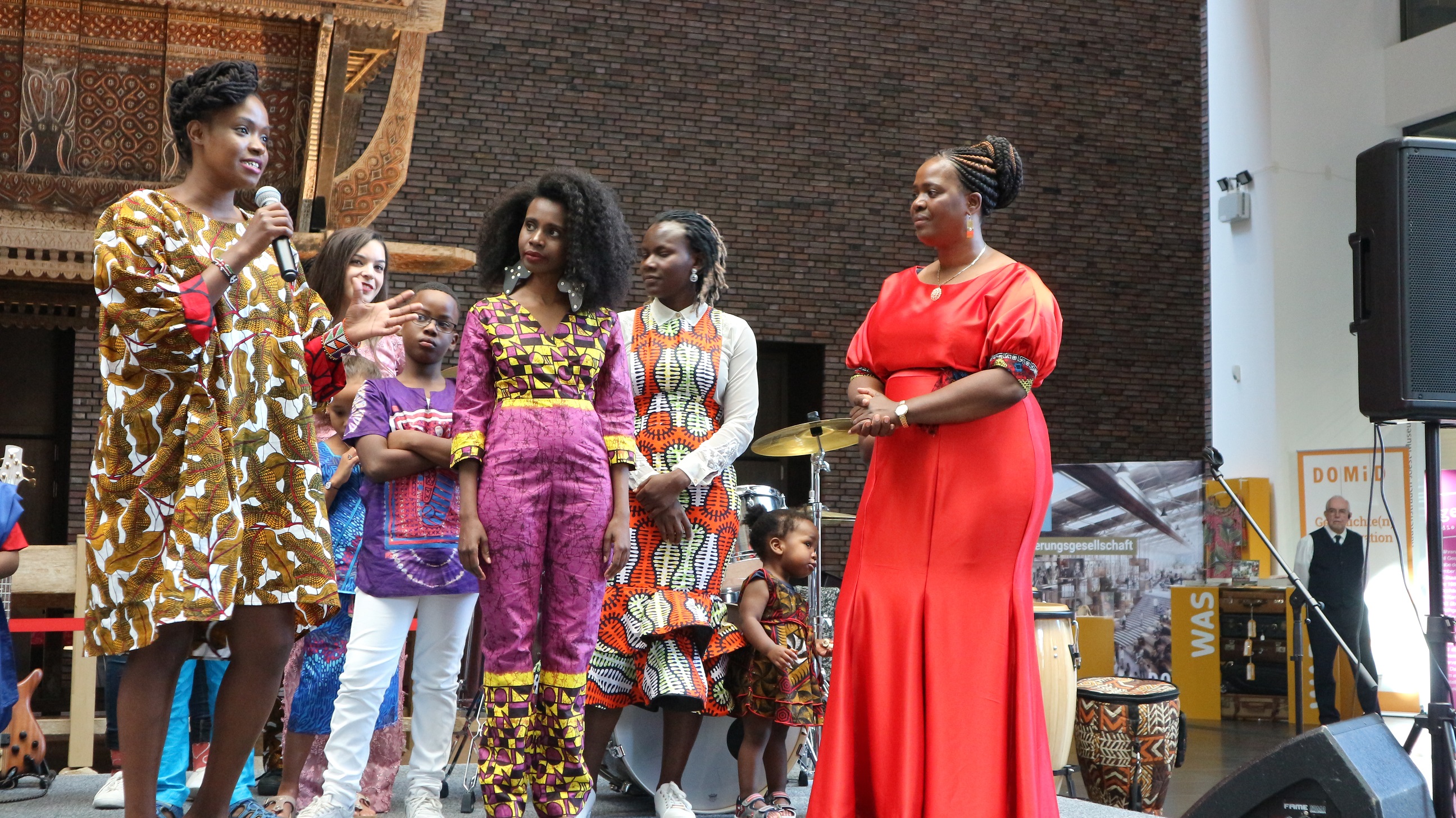 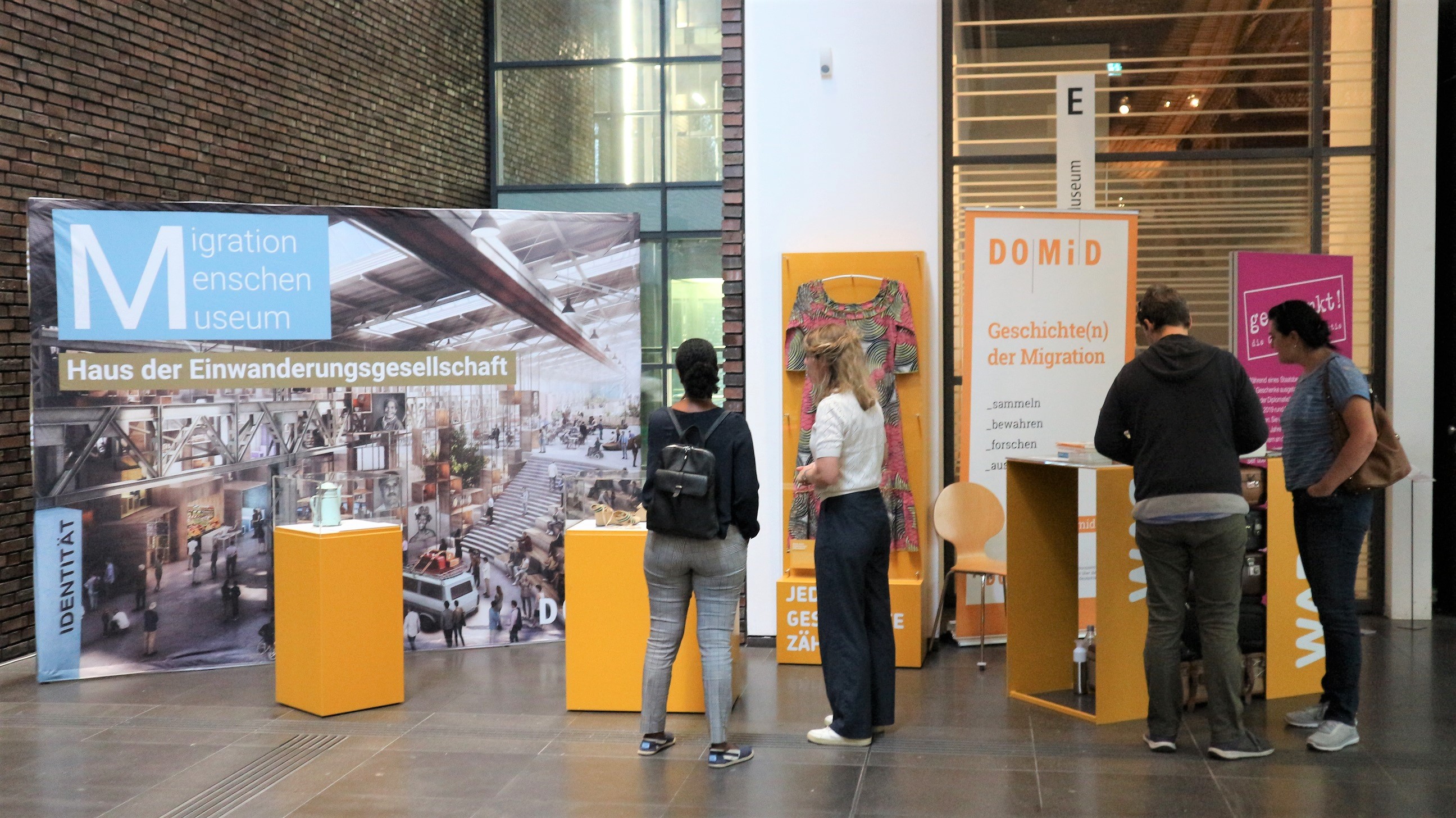 Exhibit: Shoes from the student T.A., who came to Germany from Ghana in 1979 to study there. Photo: DOMiD-Archive, Cologne

Stage program of the Akwaaba Day at the Rautenstrauch-Joest Museum. Photo: DOMiD-Archive, Cologne