Another exciting new addition has recently been added to our photo stock. The documentary photographer Daniel Kempf-Seifried has left us 163 digital copies of his work on the subject of flight migration. Among other things, he was able to document important events such as the "March of Hope" in September 2015, the conditions in a camp in the Greek-Macedonian border town of Idomeni in April 2016 and the situation on a rescue ship of the non-governmental organisation sea-eye in April 2017. The impressive contemporary historical documents capture moments of flight from the perspective of the migrants involved. Kempf-Seifried tells the stories without making the people behind them into objects. Herein lies the power of his photographs. The photo digital copies can be researched in our archive and can be requested for use. 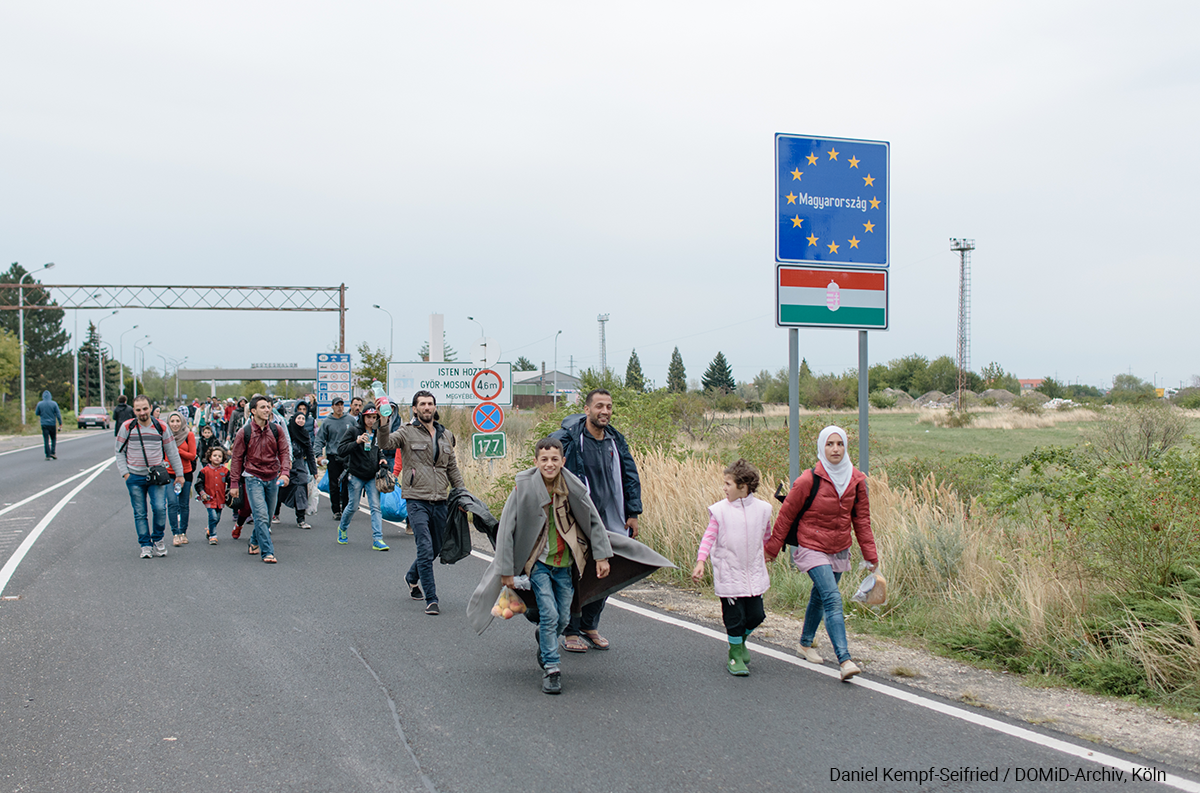 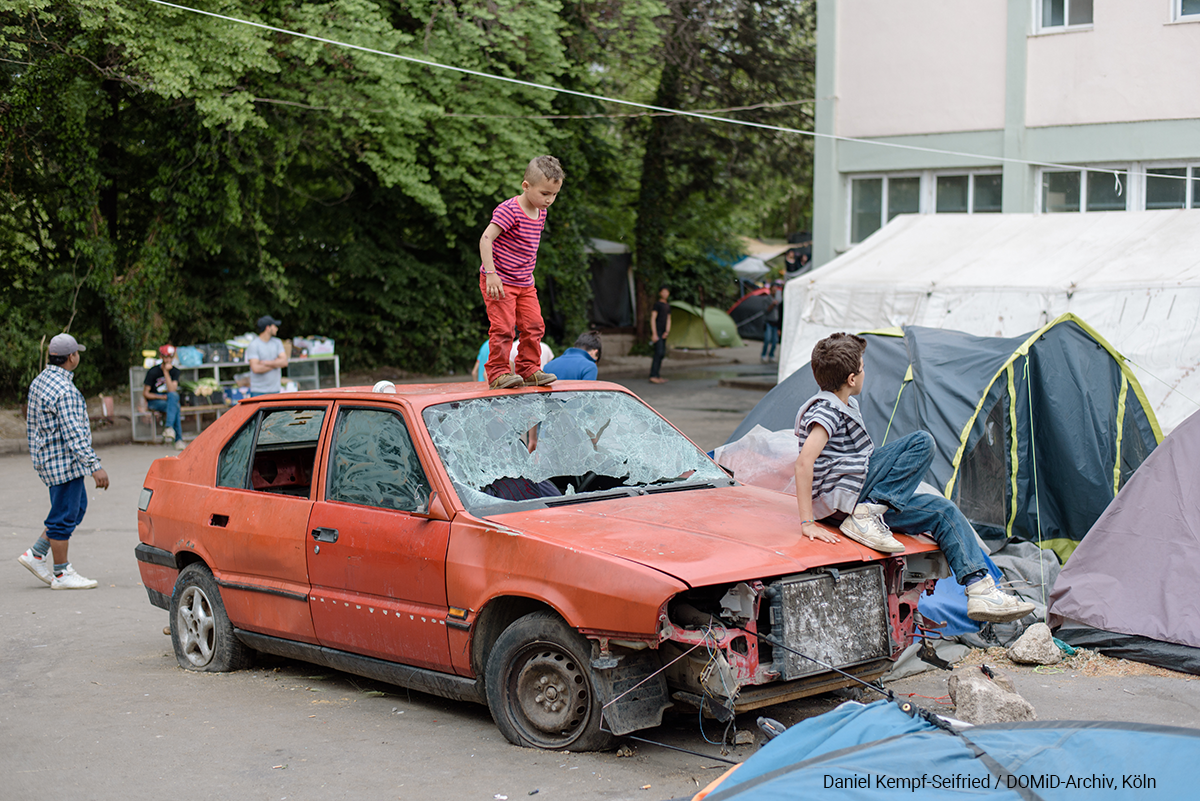 Daniel Kempf-Seifried photo-documented the "March of Hope" in September 2015 and describes: "Thousands of refugees march on foot towards the Austrian border. Men, women and many children of all ages. Some come limping and with temporary crutches. Wheelchair users are also among the refugees." Photo: Daniel Kempf-Seifried / DOMiD-Archive, Cologne

The photo was taken in a camp in the Greek-Macedonian border town of Idomeni in April 2016. Daniel Kempf-Seifried writes: "[...] Thousands of people have been waiting for two months, without protection from cold and heat, in protest and desperation, on the railway tracks of the once deserted village of Idomeni, a border town between Greece and Macedonia. They felt themselves abandoned. By Greece, Europe and the rest of the world." Photo: Daniel Kempf-Seifried / DOMiD-Archive, Cologne

The photo was taken on a rescue ship of the non-governmental organization Sea-Eye in April 2017. Daniel Kempf-Seifried was on board: "I was on the Libyan coast in a lifeboat belonging to the non-governmental organisation Sea-Eye to equip shipwrecked people with life jackets, according to the plan. But everything turned out quite differently than expected. [...] The Iuventa and the Sea-Eye tried to pull people away as best they could and bring them to life rafts and to the deck of the lifeboats. After a few hours the German Armed Forces Tender RHEIN reached the scenario and helped us with two RIB boats to rescue the remaining people. Photo: Daniel Kempf-Seifried / DOMiD-Archive, Cologne