Great recognition for #unserMuseum: today, the Federal Government Commissioner for Culture and the Media, Claudia Roth, as well as the Vice President of the NRW State Parliament, Berîvan Aymaz, visited our office in Cologne. In a guided tour through the DOMiD collection, we were able to show how much migrants have shaped the cultural landscape in Germany: in self-organizations, cultural productions, economies, media (re)presentation and much more.

The Minister of State for Culture was impressed by the rich treasure trove of contemporary testimonies and tangible and intangible cultural assets that DOMiD has collected over the past 30 years in order to document the cultural heritage that migrants have left behind in Germany. This will find particular expression in the #Migration Museum "House of the Immigration Society" initiated and planned by DOMiD. The nationwide museum is scheduled to open in Cologne in 2027. Already in the current early planning phase, DOMiD is building strongly on the involvement of the public, especially the population in Cologne-Kalk, where the museum is being built. In the DOMiDLabs project, which is funded by the German Federal Cultural Foundation, design strategies for the exhibition are being developed in a participatory manner.

As Minister of State for Culture, the promotion of cultural institutions falls under Claudia Roth's remit. For this reason, we were very pleased to talk with her and Berîvan Aymaz about our museum project, the "House of Immigration Society," which is funded by both the federal government and the state of NRW. 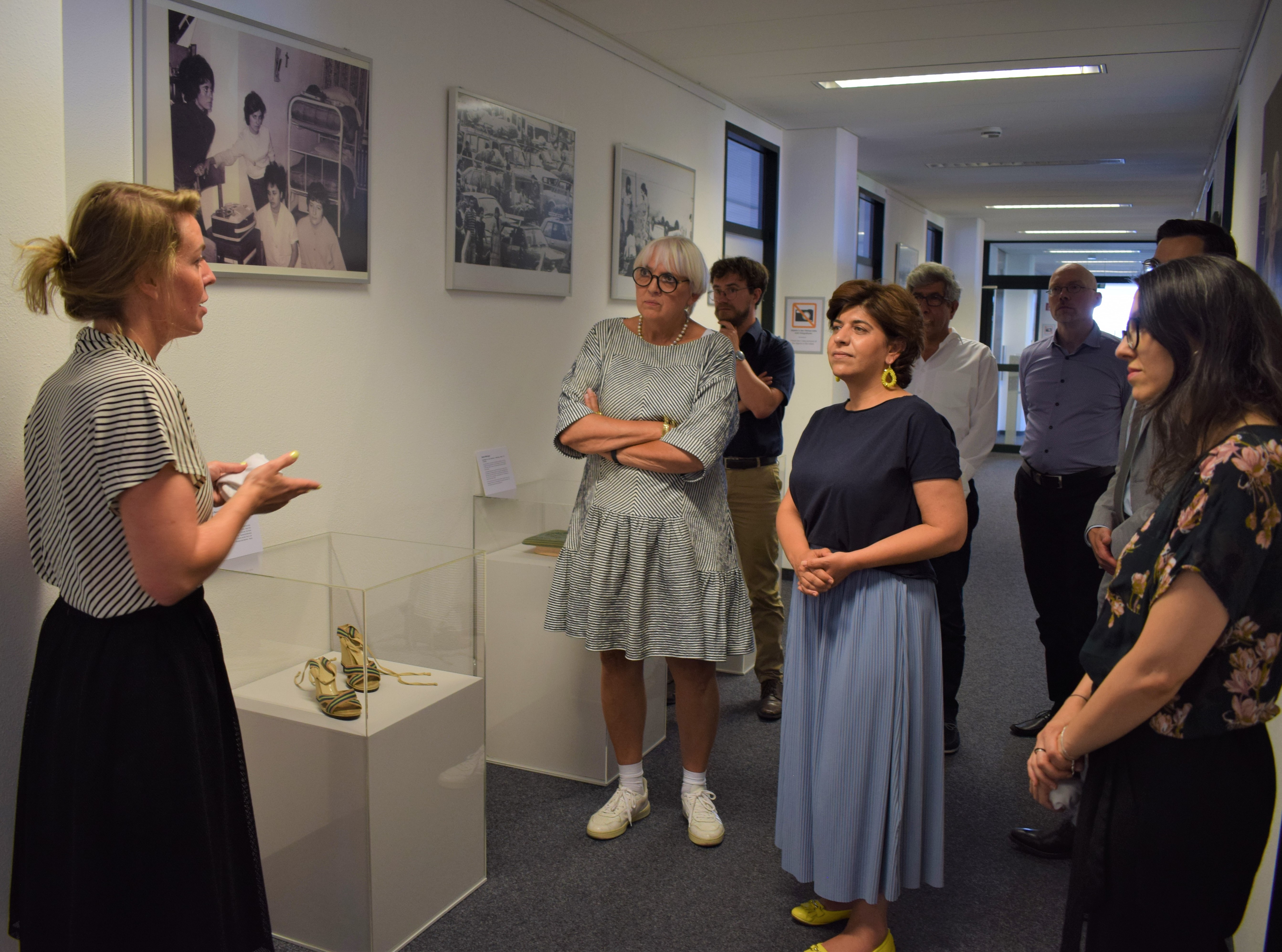 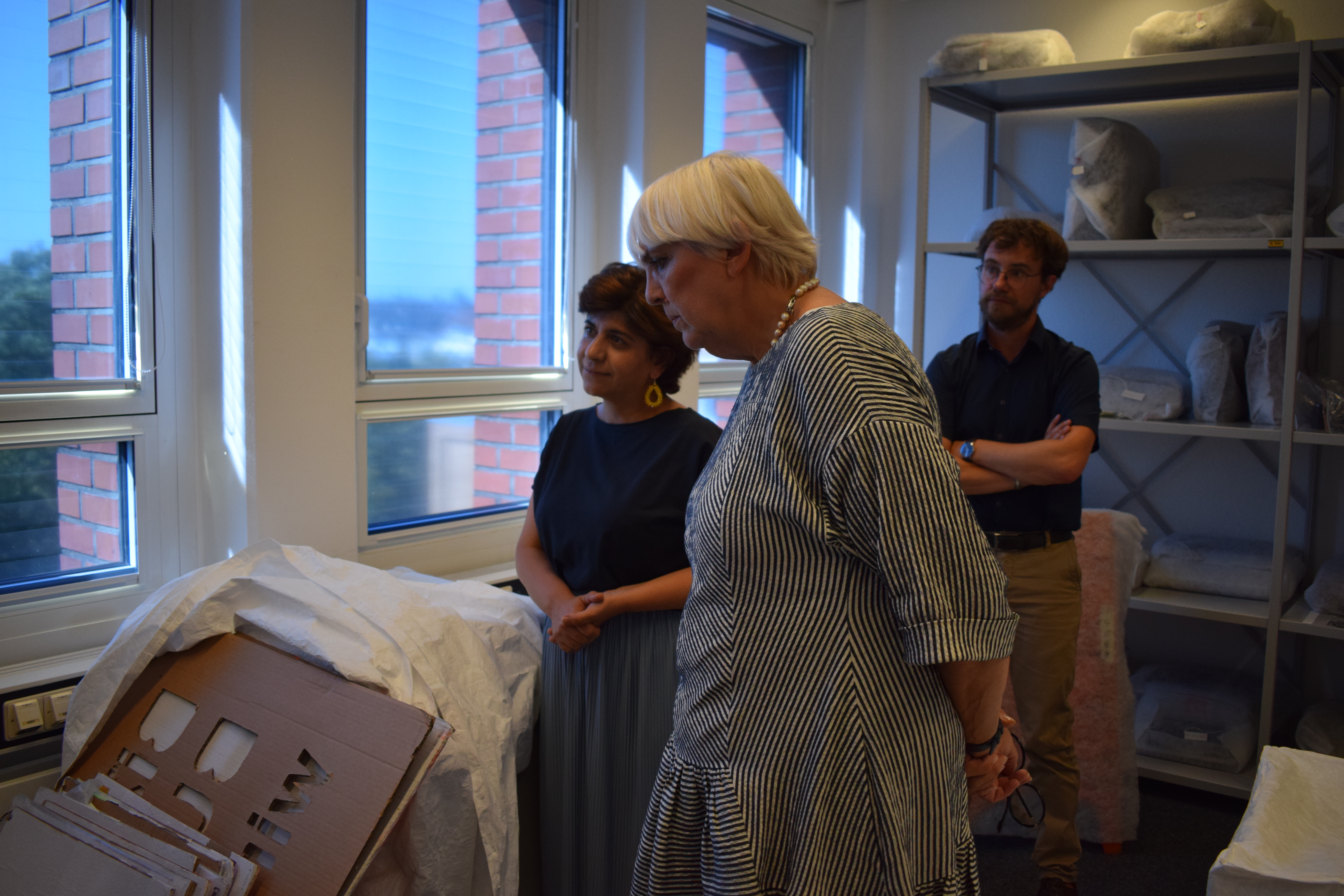 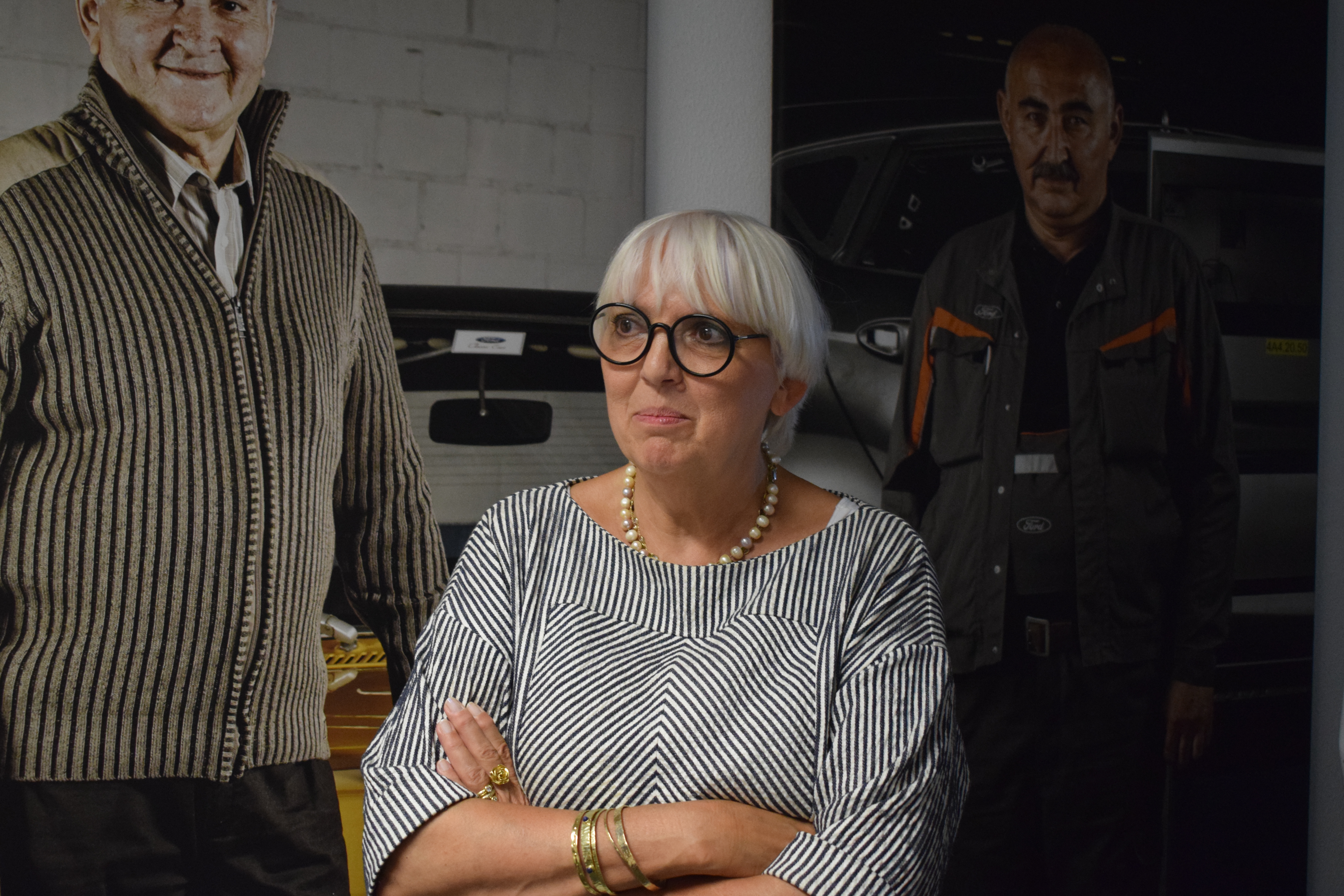 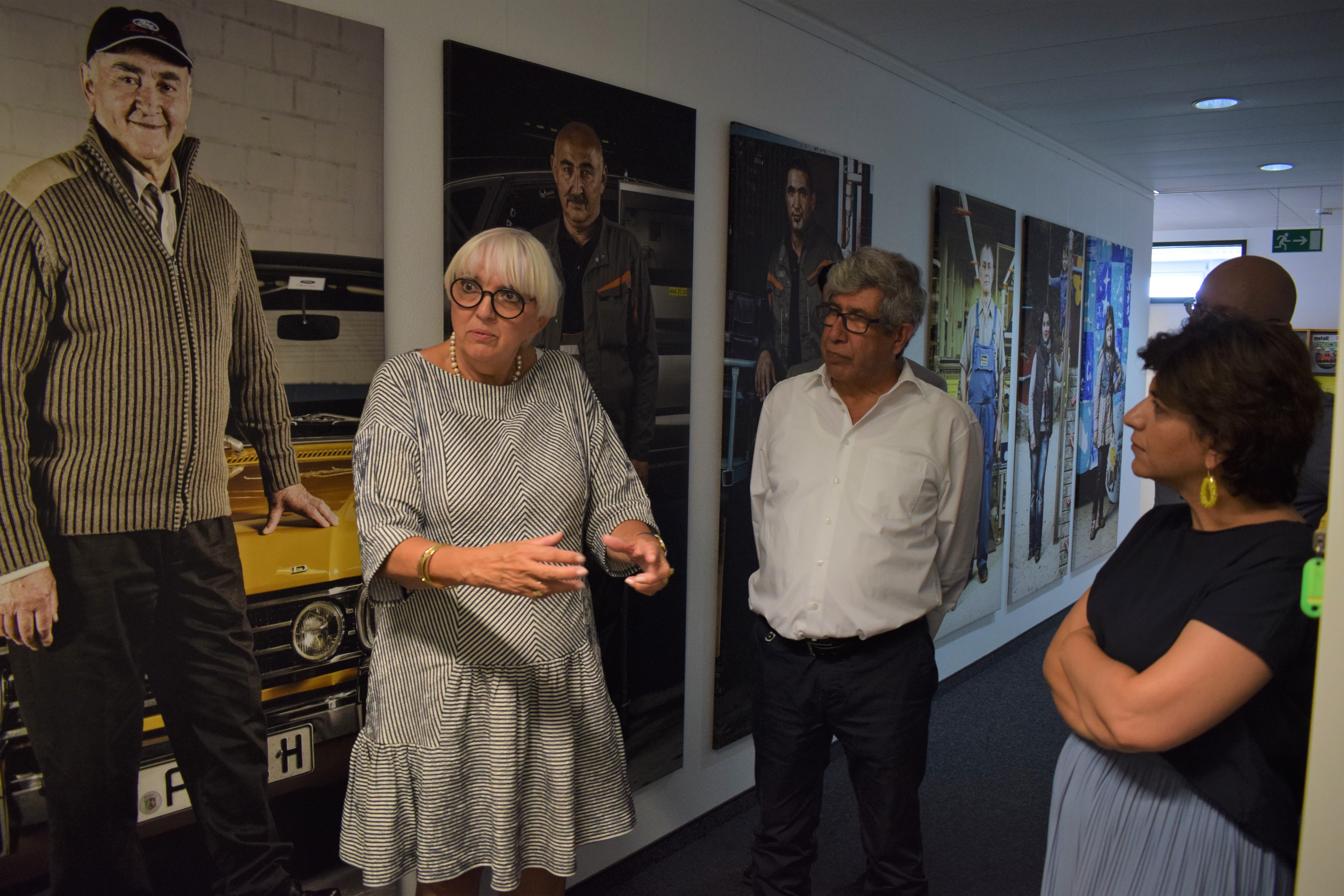 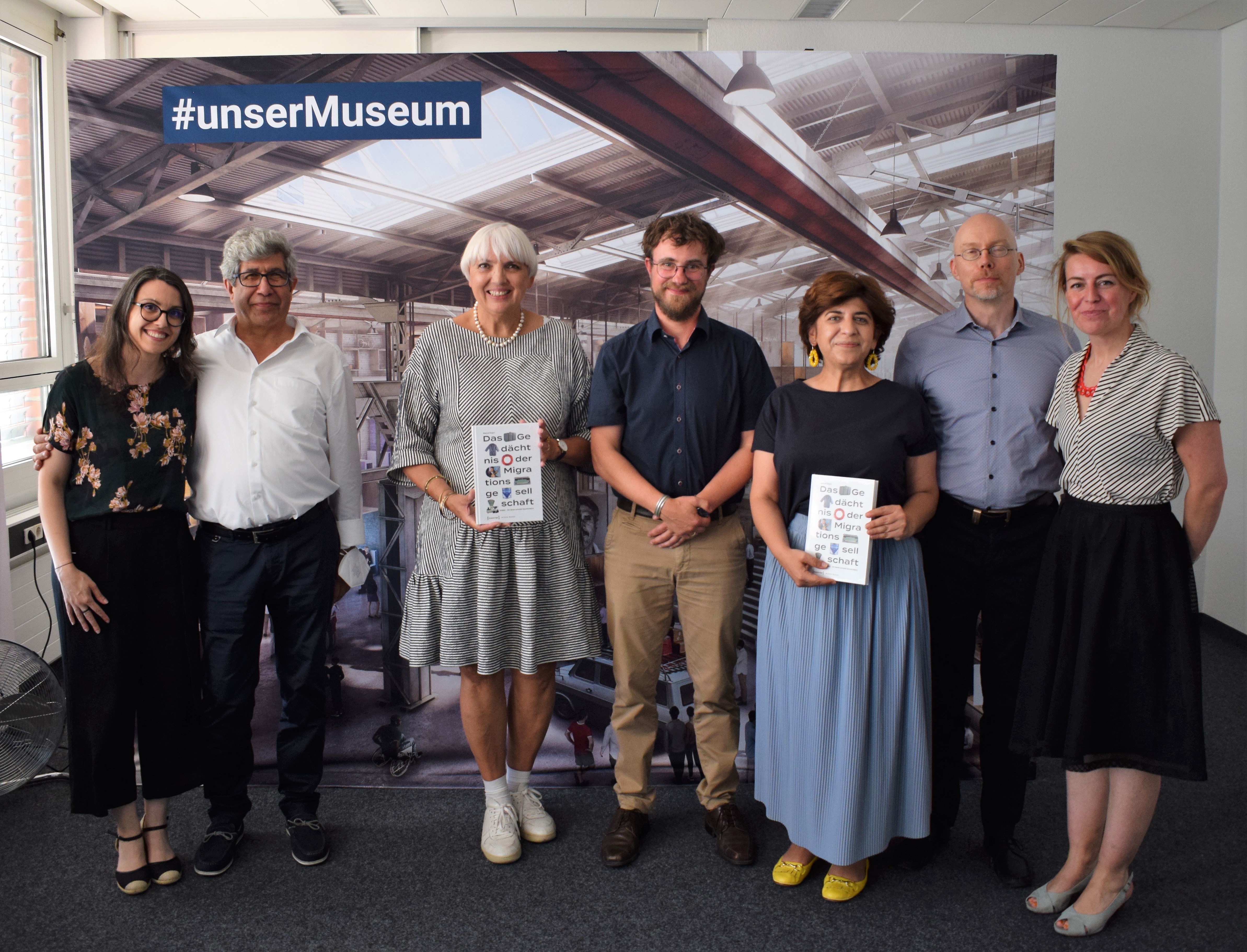 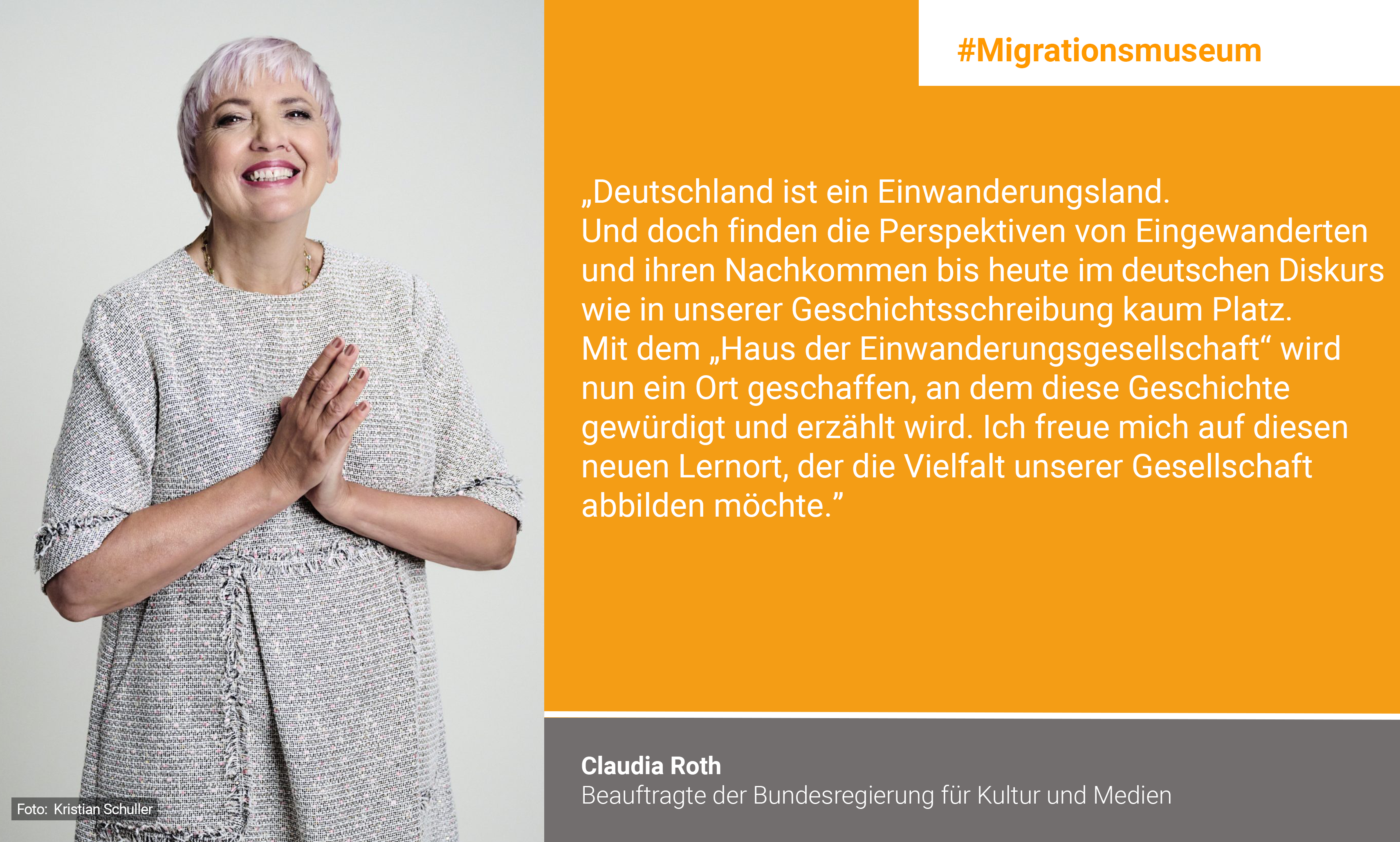 Berîvan Aymaz and Claudia Roth at the DOMiD depot. Here they learn about protest signs of the anti-racist network "NSU-Komplex auflösen".

Minister of State for Culture Claudia Roth was impressed by the rich cultural heritage of migrants in Germany that DOMiD has collected over the past 30 years.

Minister of State for Culture Claudia Roth together with DOMiD board member Ahmet Sezer and Berîvan Aymaz. In the background you can see the photo exhibition "3 Generations" by Guenay Ulutuncok.

"Germany is a country of immigration. And yet the perspectives of immigrants and their descendants have hardly found a place in German discourse or in our historiography. With the "House of Immigration Society", a place is now being created where this history is honoured and told. I am looking forward to this new place of learning, which aims to depict the diversity of our society."