The terrible racist attack in Hanau also left its mark on us. How can we continue working against the background of murders of ten people? How can we further intensify our efforts for an anti-racist “society of the many”? Why is there no big outcry? These are some of the questions we are currently asking ourselves.
Today (04 March 2020) the central funeral rally takes place in Hanau. We follow a call from the Hessian unions and today from 11.50am to 12.00pm we will stop work, pause and mourn the dead. That is the least we owe to the murdered and their grieving friends and relatives.

We remember
The nine people who were murdered became victims because the perpetrator perceived them as alien in his racist world view. He also killed his mother for unknown reasons. The victims were Hanauers who worked as waiters, courier companies and exterminators or who trained as bricklayers and machine operators. They have names. We should learn it and never forget it. 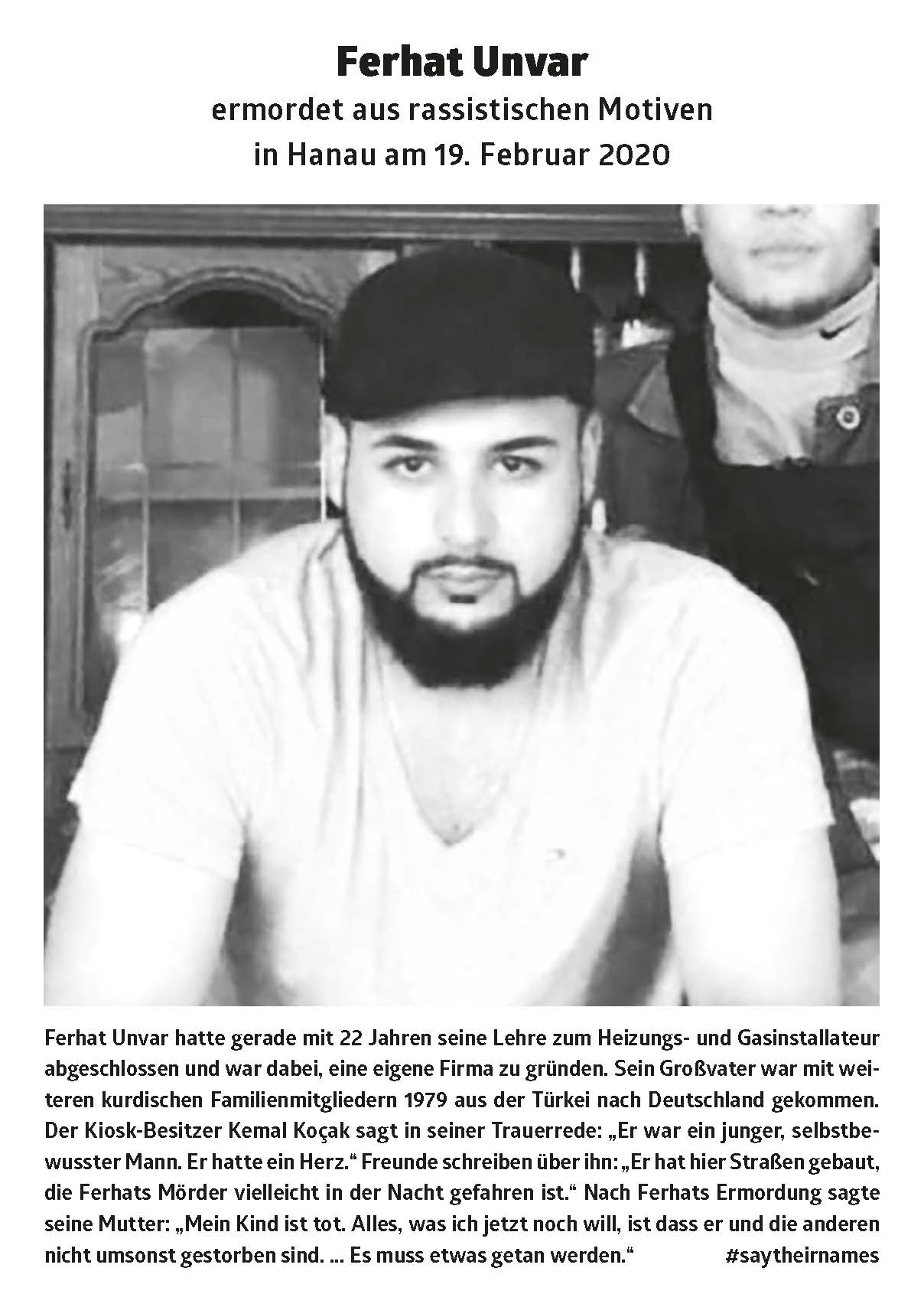 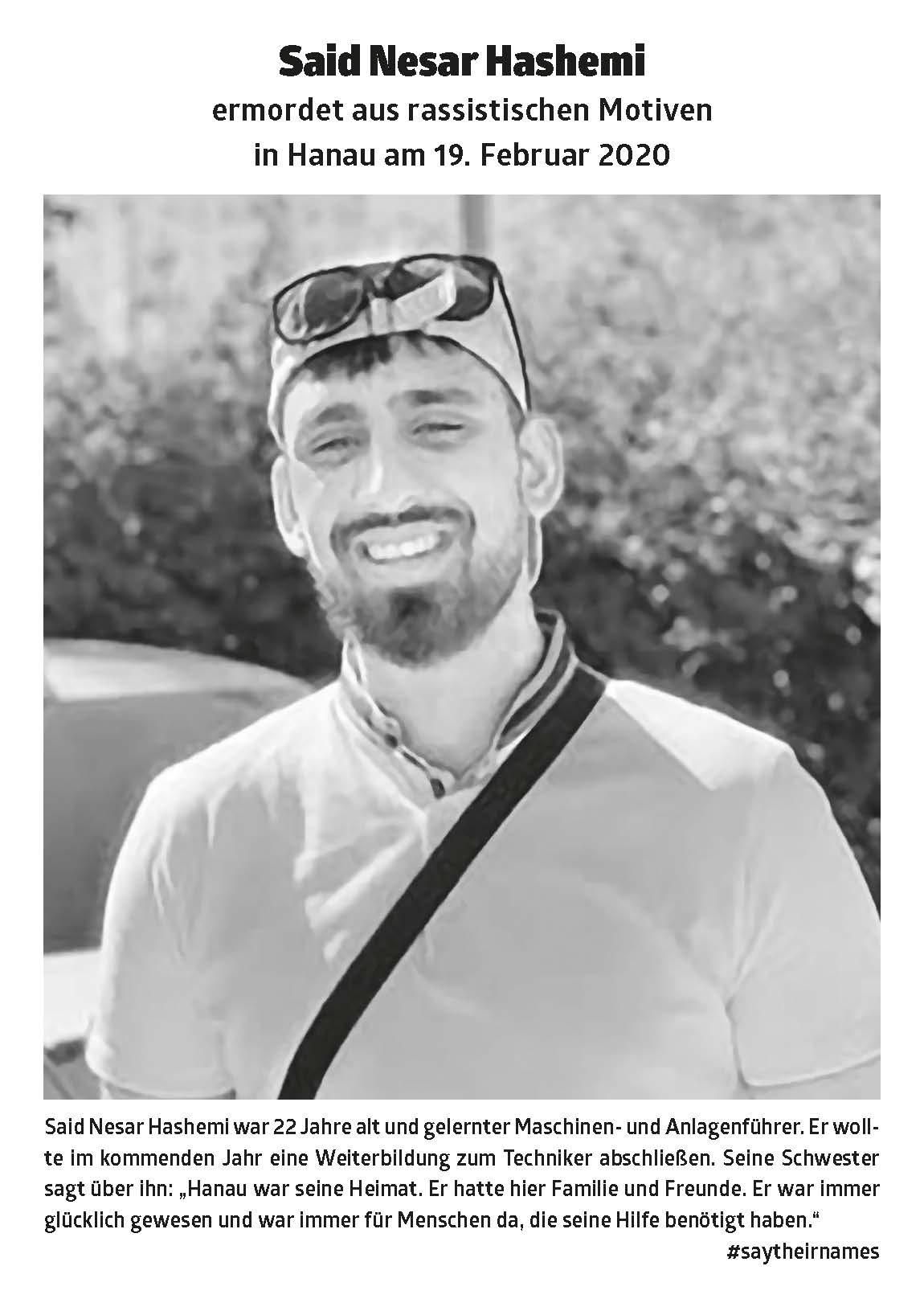 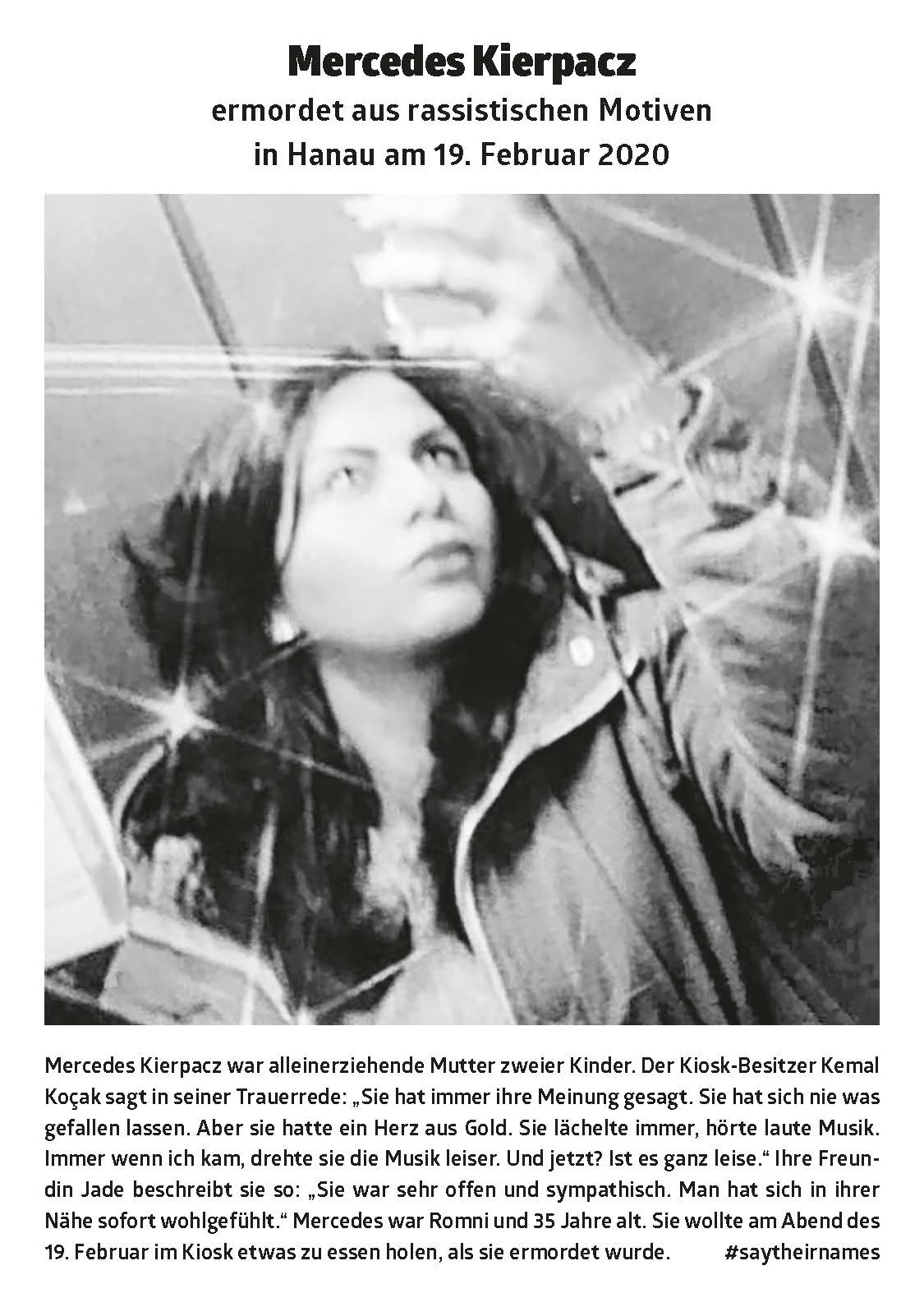 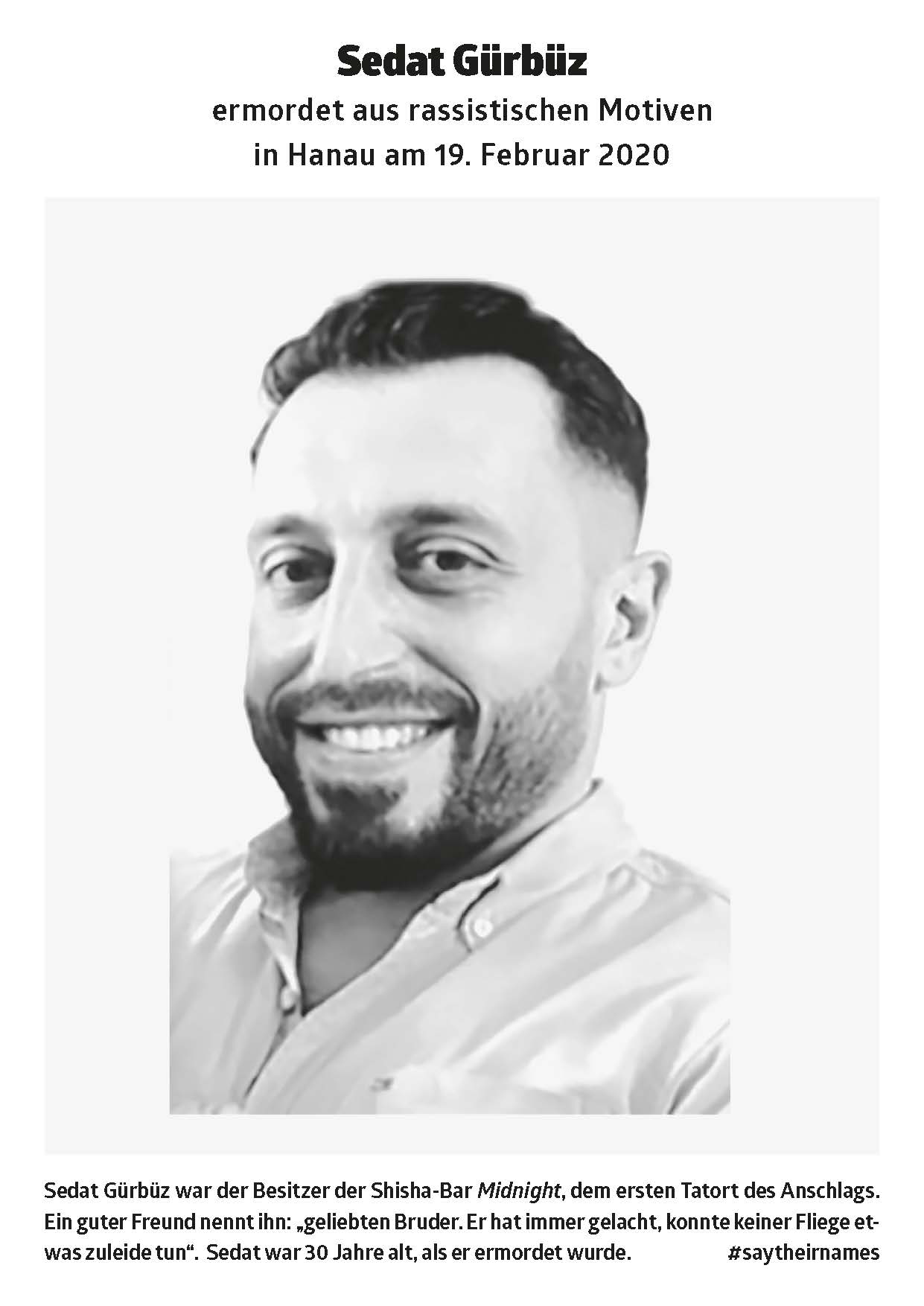 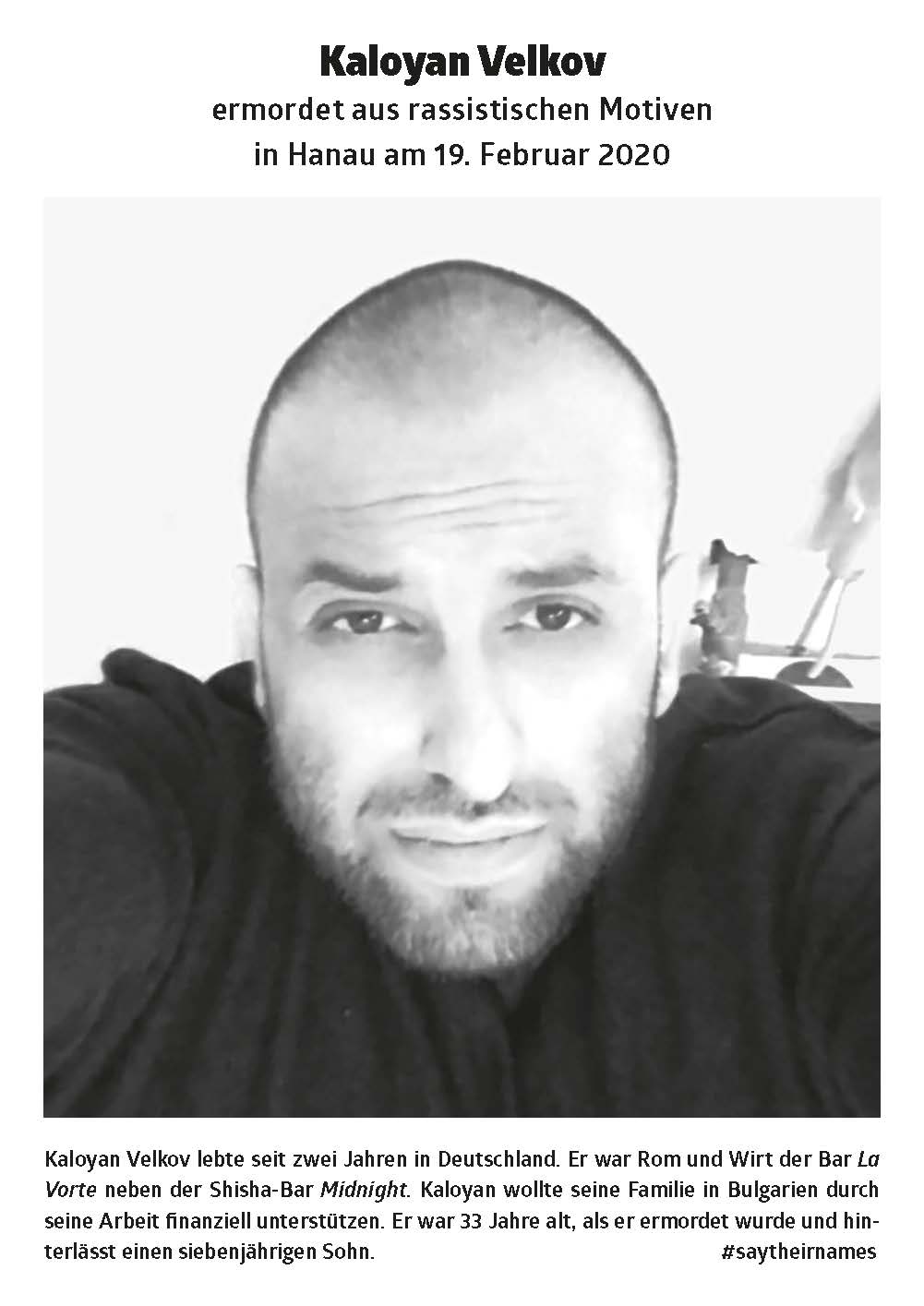 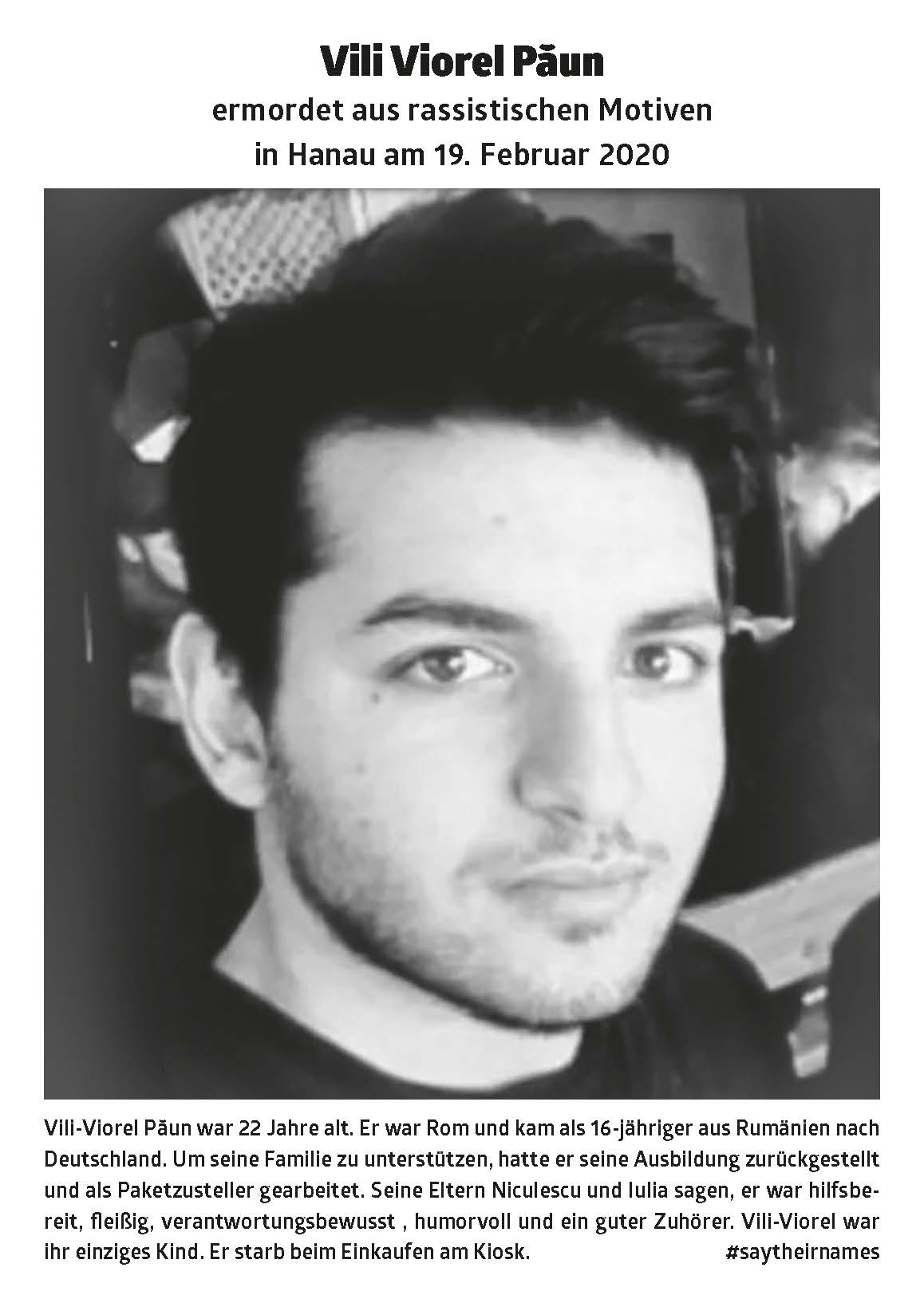 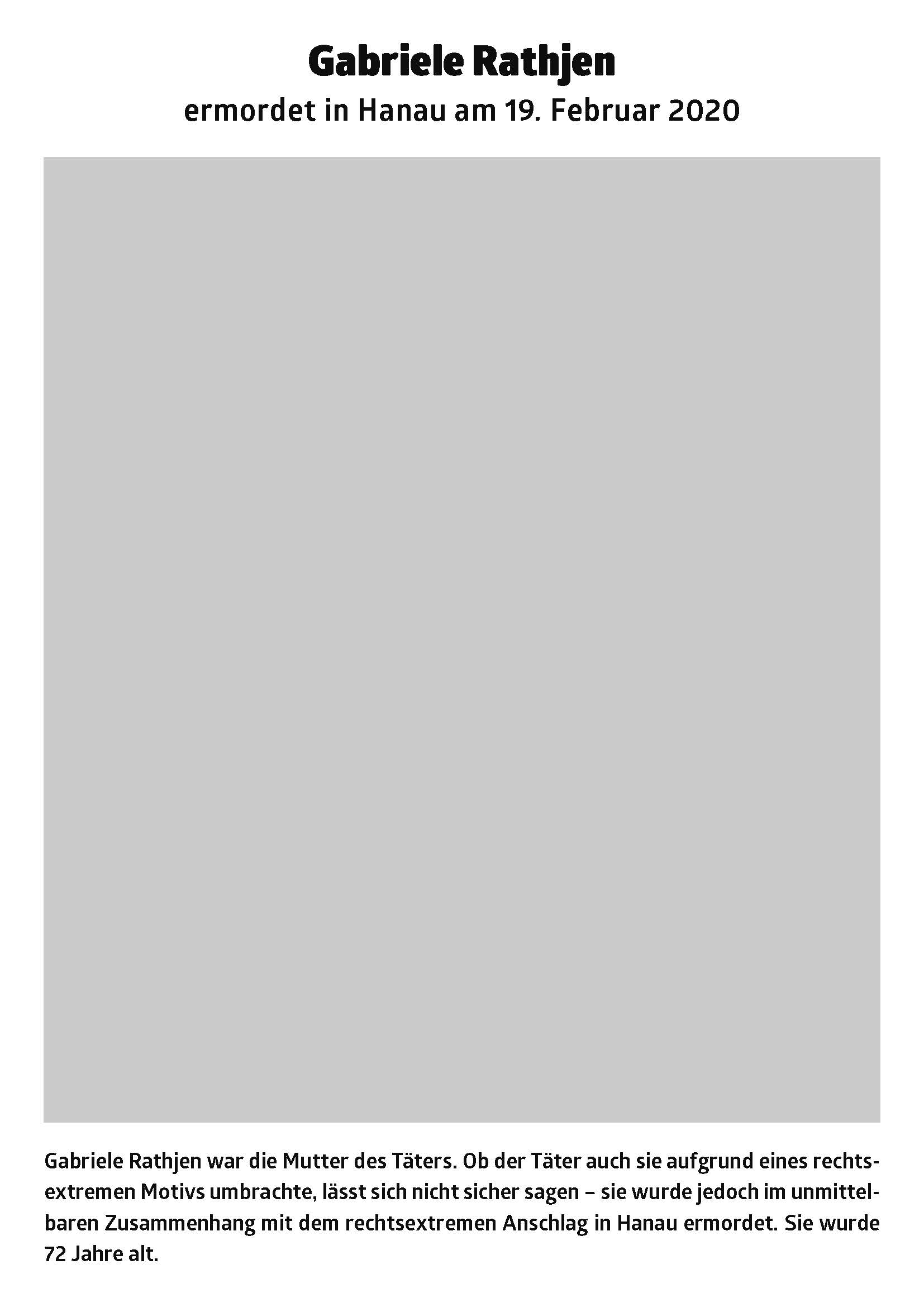 Ferhat Unvar had just completed his apprenticeship as a heating and gas installer at the age of 22 and was about to found his own company. His grandfather came to Germany from Turkey with other Kurdish family members in 1979. The kiosk owner Kemal Koçak says in his funeral speech: “He was a young, confident man. He had a heart. "Friends write about him:" He built roads here that Ferhat's murderer might have driven at night. "After Ferhat's murder, his mother said:" My child is dead. All I want now is is that he and the others didn't die for nothing. ... something has to be done. "

Gökhan Gültekin came from a Kurdish family. In Hanau he was known as a "colorful dog". His father said he was "the level-headed and hardworking in the family". Gökhan was a bricklayer and also worked in one of the shisha bars. His friend Kemal said: "We all called him Gogo. He told me every meeting and every phone call, may God protect you. He had a deep understanding that fate is coming as it must. He didn't deserve to just go. But he is not there. But I miss him so much. And I know that he won't be back tomorrow. ”When Gökhan was murdered, he was 37 years old and was about to get engaged.

Hamza Kurtović's sister: “The pain is limitless due to the loss of my beloved brother. He filled ... the life of my whole family with joy, warmth and love ... If he could help, he helped without expecting anything in return. It was important to him that we, his loved ones, are doing well. But people he didn't know were important to him. He donated his first trainee salary to people in need. My brother was always in a good mood and helped us with his cheerfulness even in difficult hours. I am stunned that my brother will never come back to our front door laughing and happy because of this terrible crime. ”Hamza was only 21 years old and had just finished his vocational training when he was murdered.

Said Nesar Hashemi was 22 years old and a trained machine and plant operator. He wanted to complete further training as a technician in the coming year. His sister says about him: “Hanau was his home. He had family and friends here. He was always happy and was always there for people who needed his help. ”

Mercedes Kierpacz was a single mother of two children. Kemal Koçak, the owner of the kiosk, said in his funeral speech: “She always spoke her mind. She never put up with anything. But she had a heart of gold. She always smiled, listened to loud music. Whenever I came, she turned the music down. And now? It's very quiet. ”Her friend Jade describes her like this:“ She was very open and personable. You immediately felt comfortable near them. ”Mercedes was Romni and 35 years old. She wanted to get something to eat in the kiosk on the evening of February 19 when she was murdered.

Sedat Gürbüz was the owner of the hookah bar Midnight, the first scene of the attack. A good friend calls him: “beloved brother. He always laughed, no fly could harm anything ”. Sedat was 30 years old when he was murdered.

Kaloyan Velkov had been living in Germany for two years. He was Rom and host of the bar La Vorte next to the hookah bar Midnight. Kaloyan wanted to support his family in Bulgaria financially through his work. He was 33 when he was murdered and left behind a seven-year-old son.

Fatih Saraçoğlu moved to Hanau from Regensburg three years ago. Here he wanted to start his own business. A friend of his family said: “They are very friendly, reserved people. Fatih still had a lot of friends here ”. Fatih was 33 years old when he was murdered in the Midnight hookah bar.

Vili-Viorel Păun was 22 years old. He was Rom and came to Germany from Romania at the age of 16. In order to support his family, he had put his education on hold and worked as a parcel deliverer. His parents Niculescu and Iulia say he was helpful, hardworking, responsible, humorous and a good listener. Vili-Viorel was her only child. He died while shopping at the kiosk.

Gabriele Rathjen was the mother of the perpetrator. It cannot be said with certainty whether the perpetrator also killed her on the basis of an extreme right-wing motive - however, she was murdered in direct connection with the right-wing extremist attack in Hanau. She was 72 years old.