In addition to the hard work in Germany, music and cultural productions were important components of their free time for many “guest workers”. Through this they came into a connecting exchange with like-minded people. The history of recruiting migrant workers from various countries bordering the Mediterranean also influenced the music industry in Germany. Migrant workers have developed into a lucrative target group within the music market. The Cologne label Türküola was successfully aimed at the first generation of migrant workers; Albums of sentimental, arabesque "guest worker singers" sold millions of copies. At the same time, German pop singers like Udo Jürgens in "Greek Wine" were inspired by the music of the "guest workers", and "Oh Lady Mary" by Peter Alexander was actually written by Metin Bükey ("Samanyolu").

The song "German Friends" by the songwriter Ozan Ata Canani was released in 1978. It refers to the famous quote by the Swiss writer Max Frisch: "We called for workers and people came". Canani thus reflects the dilemma of immigrants in Germany at that time who were brought into the country as workers but who were somehow undesirable as people. Incidentally, Canani expresses his feelings in this song in German. So members of the German majority society could not ignore his message. The track was rediscovered in 2013 by Imran Ayata and Bülent Kullukcu and newly recorded by Ata Canani as part of the compilation "Songs of Gastarbeiter, Vol.1". 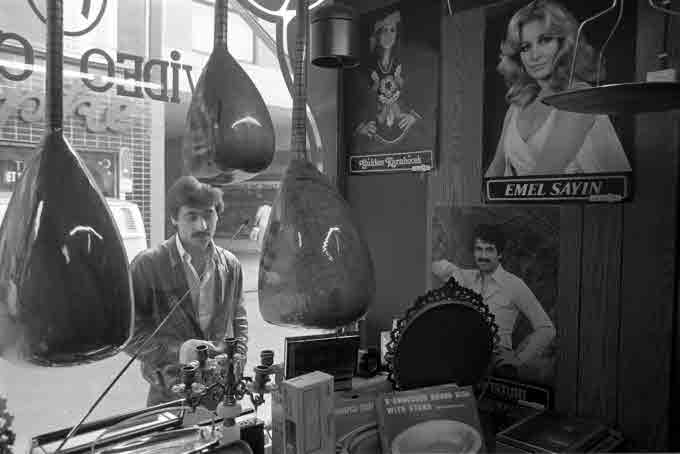 From heartache to social criticism

Many songs sang about the pain of being away from home. Others addressed miserable working conditions in German factories. Metin Türkoz sang ironically the German foreman with "Guten Abend, Mayistero" and thus created moments of relief and self-empowerment. Political and sentimental strands were often linked in music, as in Yüksel Özkasap's "Zalim Almanya" (Germany, the tyrant), which is not only a sad love song, but also addresses her poor social situation as a singer. Sociocritical protest songs, or songs about international solidarity, were of particular interest to many highly politicized migrant workers from the 1960s and 1970s.

Many Greeks, but also some other members of the student movement from 1968, Melina Mercouri is still considered a heroine to this day. After the singer publicly spoke out against the military dictatorship in Greece (1967-1974), she was expatriated there. Thereupon she replied on television: "I was born as a Greek and will die as a Greek. These people were born fascists and will die as fascists. ”During a tour in 1968, a. in Essen a concert with the motto "Melina Mercouri sings for Greece". Mercouri donated the entire proceeds to the victims of the Greek dictatorship. She became a musical and political role model for many people and finally took over the post of Minister of Culture of Greece in October 1981, seven years after the fall of the military dictatorship. 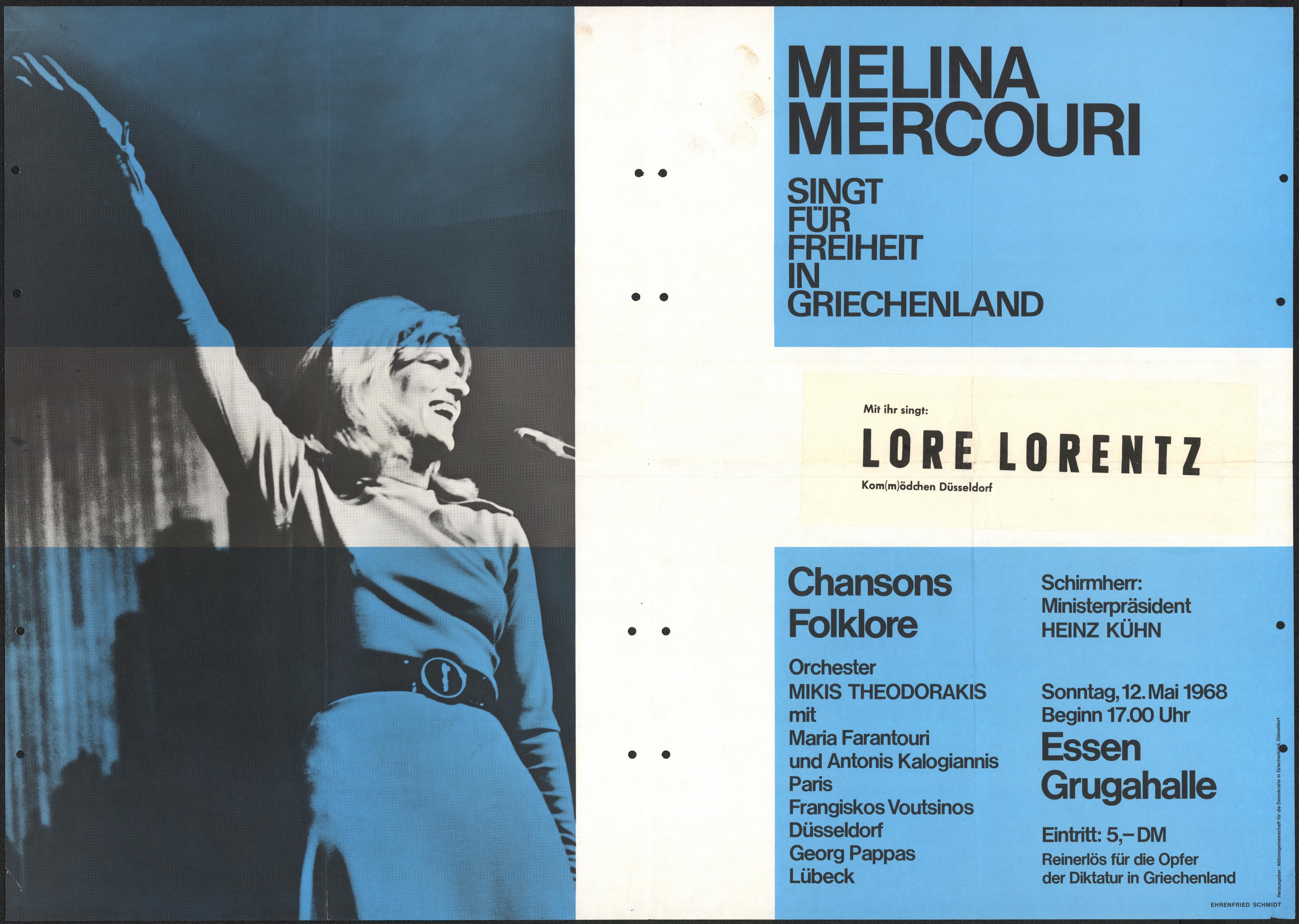 Other objects from our collection 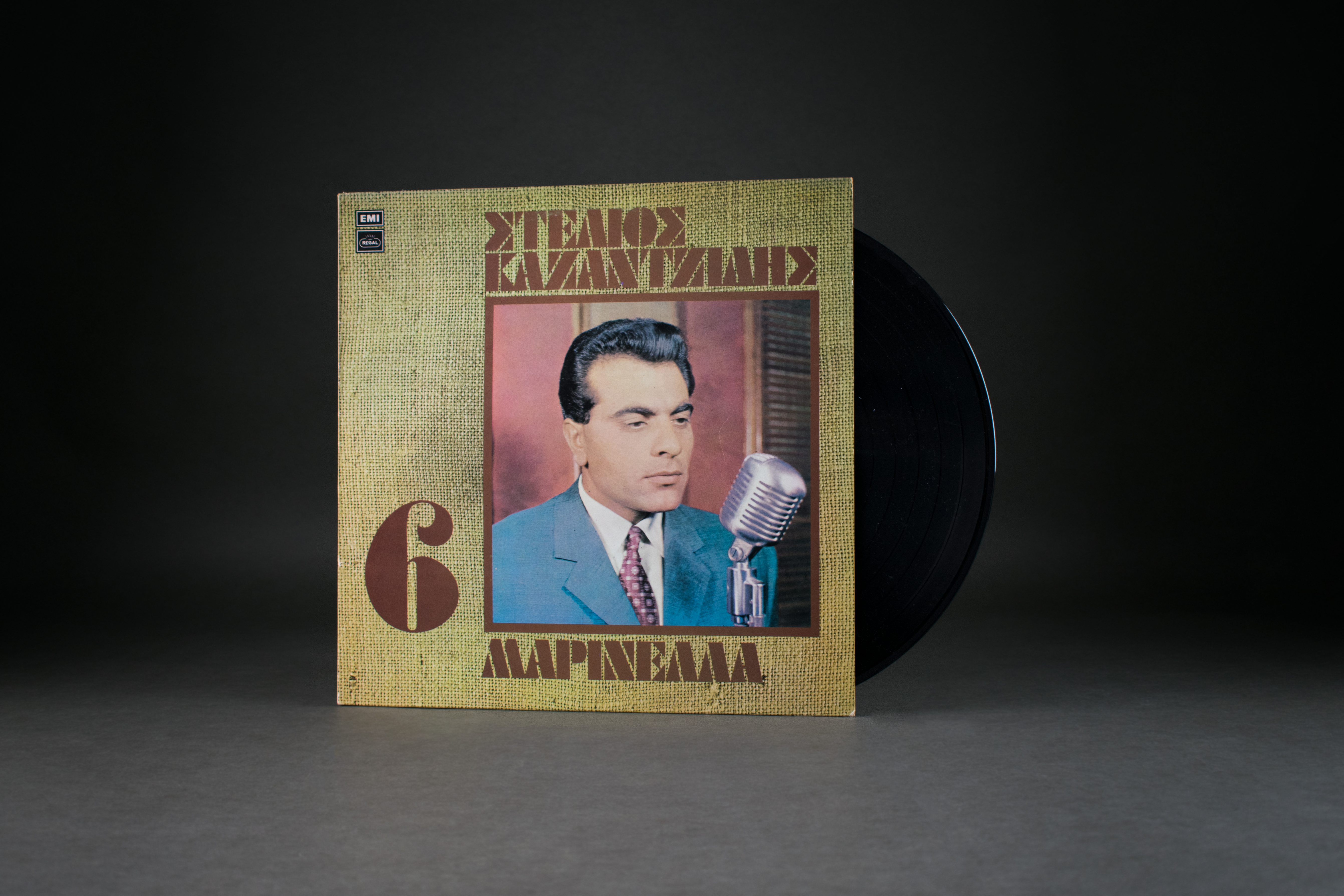 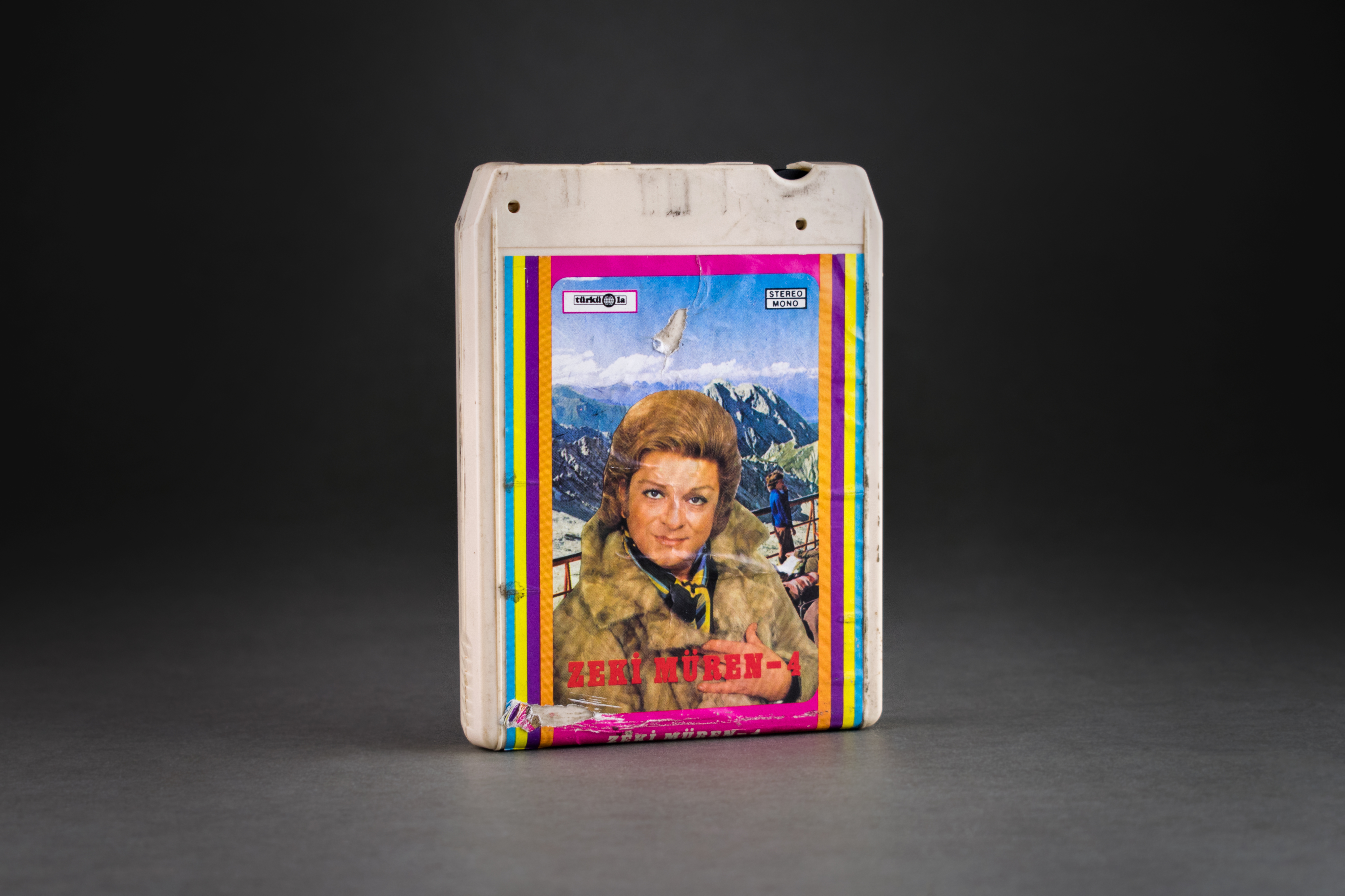 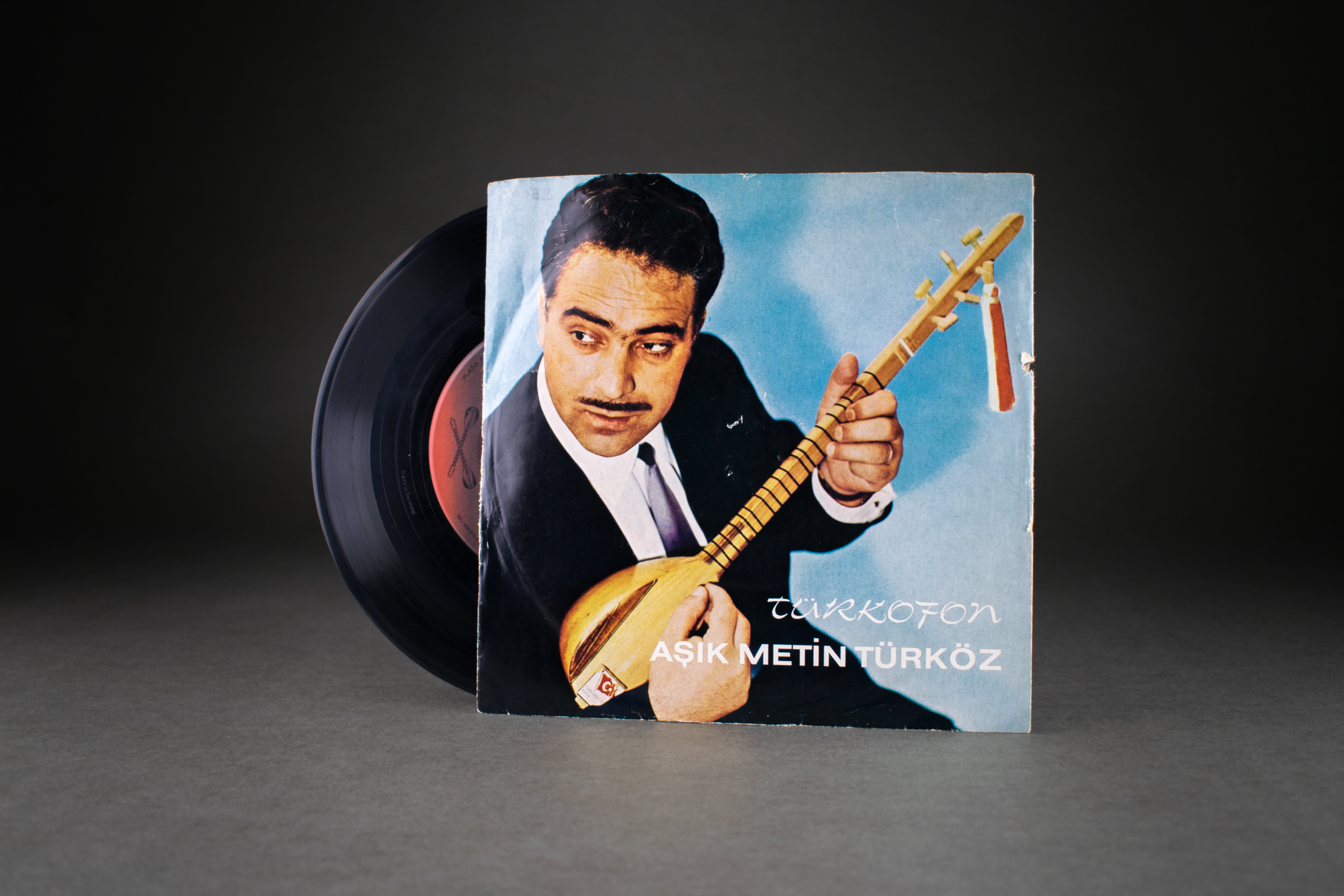 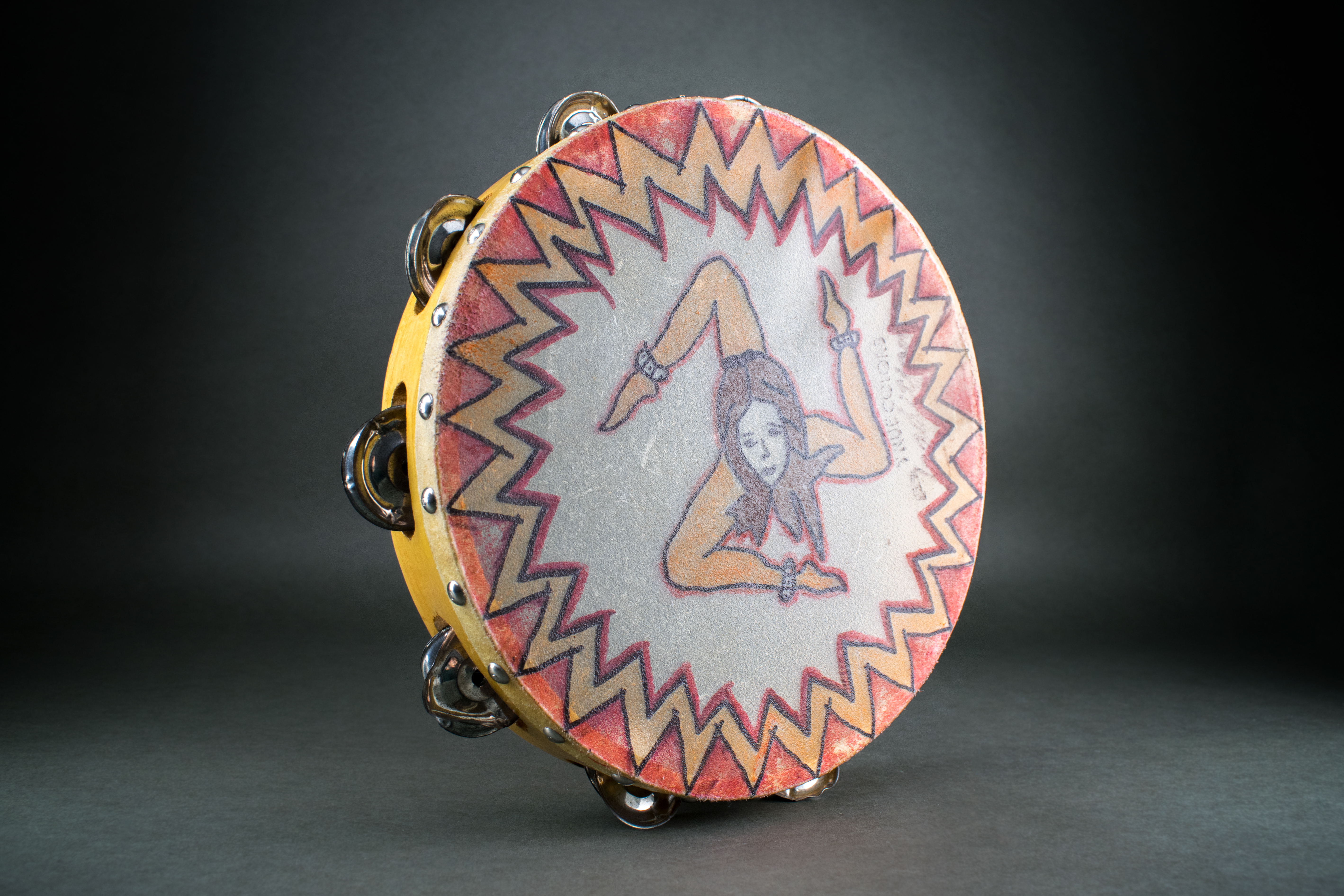 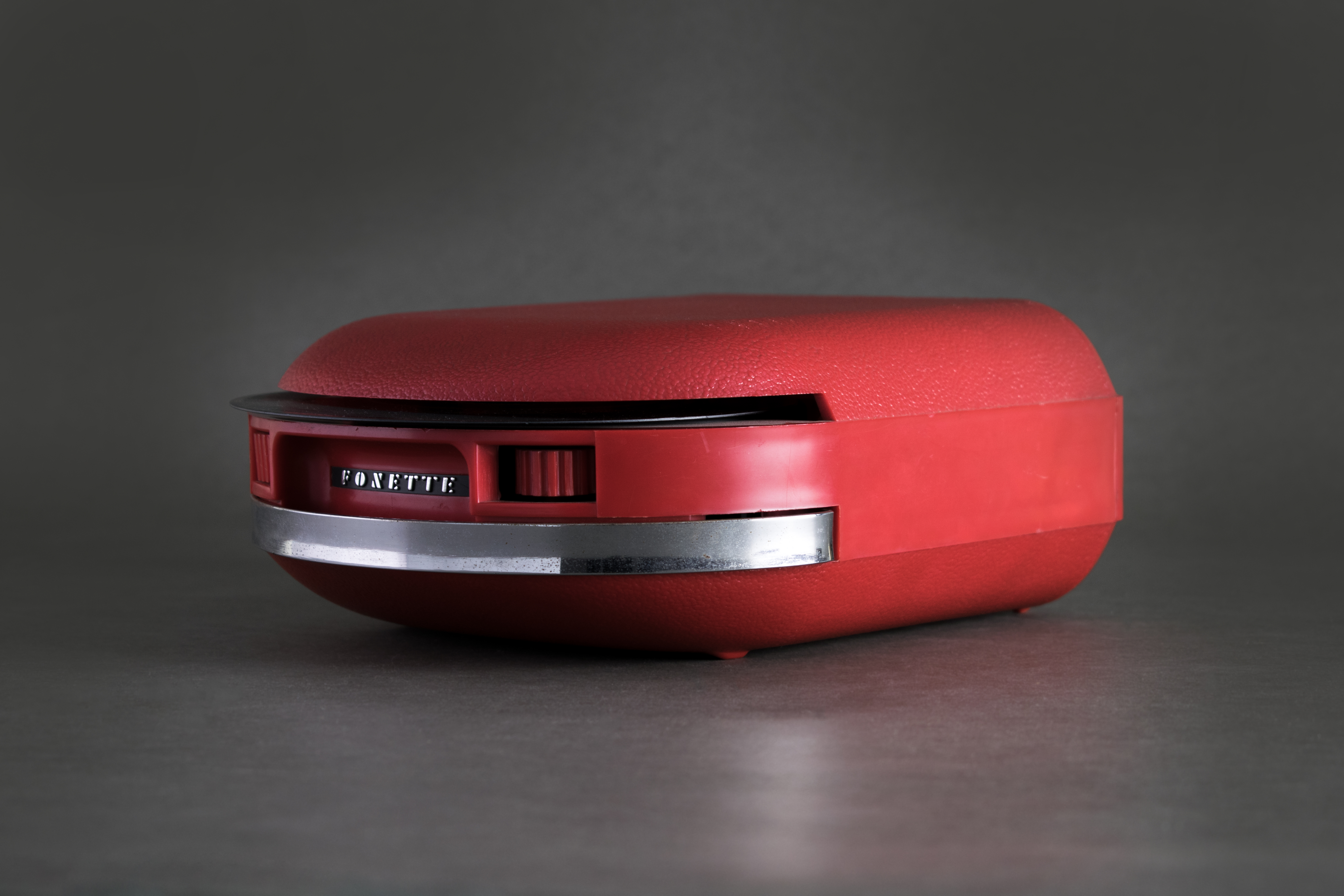 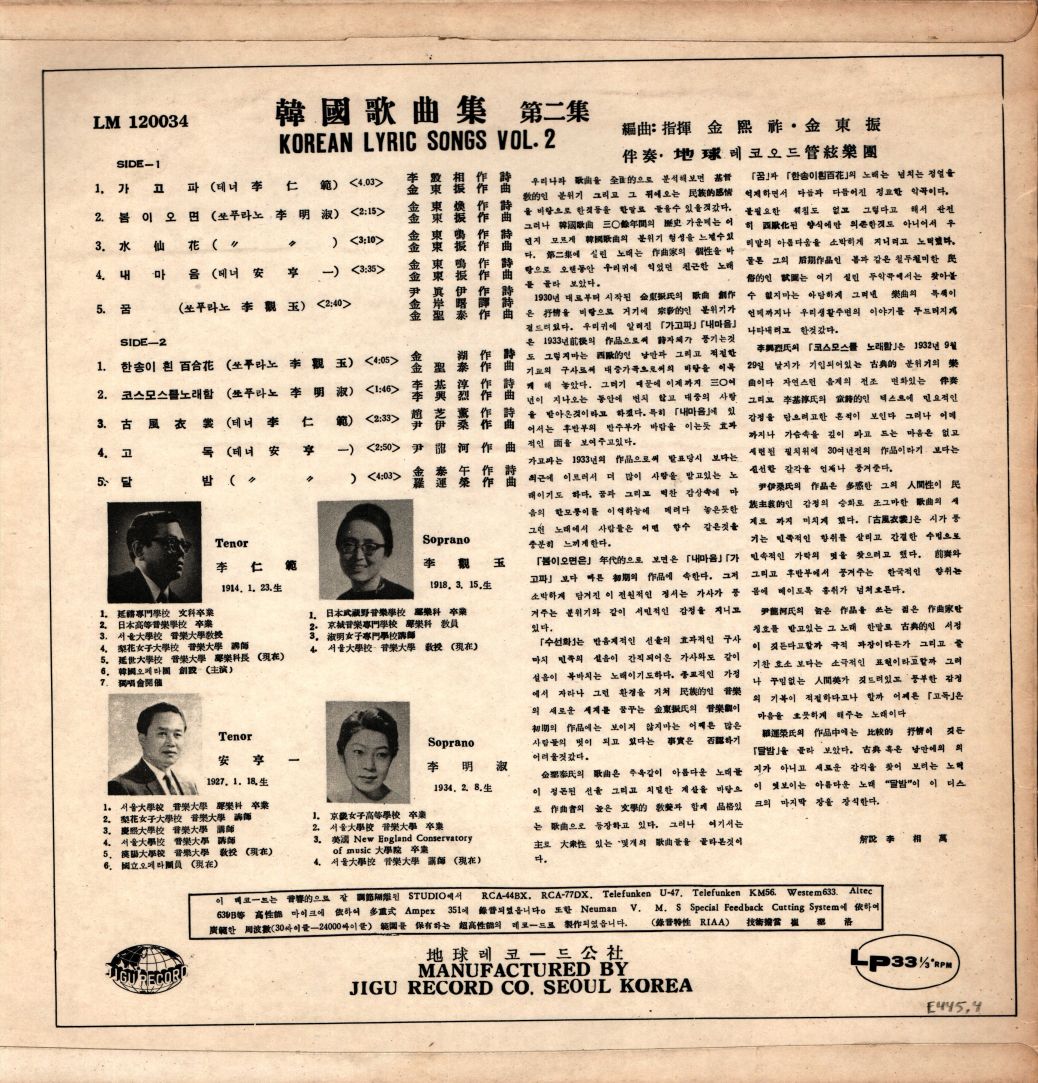 Long-playing record by Stelios Kazantzidis No.6., 1976. The Pontus-Greek singer Stelios Kazantzidis was one of the most popular singers among Greeks in Germany. In his songs he sang about homesickness, the longing for the abandoned homeland and gave a voice to the attitude towards life of the workers recruited from Greece. DOMiD Archive, Cologne, E 1473.0471

8-track cassette by Zeki Müren, Türküola, 1970. Türküola was the first record company to produce Turkish-language music in Germany. It was founded by Yılmaz Asöcal in Cologne in the 1960s. In addition to LPs, cassettes and later also CDs from well-known Turkish-speaking artists such as Barış Manço, İbrahim Tatlıses or Zeki Müren, from the 1960s, Türküola also contracted numerous migrant workers who had only started a musical career in Germany. This group also included the two best-selling artists from the record label, Metin Türköz and Yüksel Özkasap, who also gained fame in Turkey. In the 1980s, Türküola produced the albums of the well-known musician Cem Karaca. DOMiD Archive, Cologne, BT 0612,0008

Record “Kabahat Tercümanda” by Metin Türköz, 1970s, turophone. DOMiD Archive, Cologne, BT 0204,0001 Metin Türköz was one of the best-known singers of so-called “guest worker music”. His songs reported on the everyday life of migrant workers, such as the song "Guten Morgen Mayistero". Many of them were socially critical, as the title "Gastarbayter Raus" makes clear.

Single by Yüksel Özkasap on the Türküola label, 1968: Yüksel Özkasap came to Velbert as a factory worker and worked in the Stannay key factory, where she also started to sing. This resulted in a music career that earned her the nickname "Köln Bülbülü" ("Nightingale of Cologne") from her fans. Özkasap sang around 500 "Gurbet Türküleri" ("Folk Songs from a Foreign Country") and released over 20 albums. DOMiD archive, Cologne, SD 0130 000

Tambourine for playing the Tarantella, hand-painted, around 1985. DOMiD Archive, Cologne, E 0893,0002. The association Associazione Genitori Italiani di Colonia (“Association of Italian Parents in Cologne”) also included a folklore dance group. It was founded in 1981 and was dedicated to the Tarantella, a folk dance from southern Italy. In 2005 the association had 230 members. The history of origin says that the rapid rhythm of the tarantella should encourage patients bitten by a tarantula to dance quickly until they are completely exhausted. This is said to drive animal poison out of the body. A typical rhythm instrument is the tambourine, here adorned with the triskele of the flag of Sicily.

Korean LP, compilation of Korean songs, period 1950/70. The Korean nurses loved listening to this LP. They gathered and listened to the songs together and wept. The place was a common room in the city center of Mainz, which was made available by the city of Mainz. All Koreans met in Mainz in this room. DOMiD Archive, Cologne, (E 1359.0072) 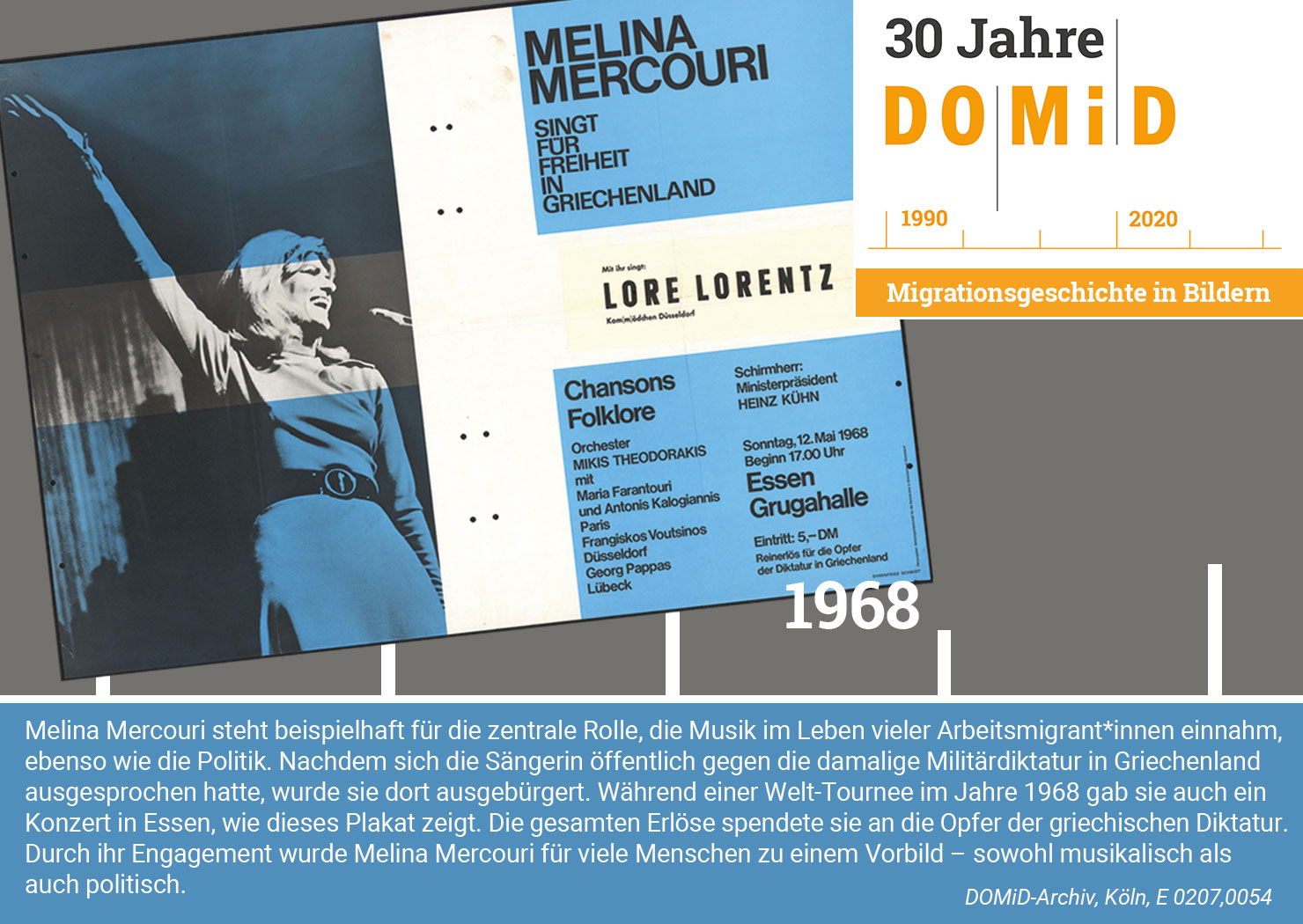