The strike at the Neuss-based automotive supplier Pierburg made headlines nationwide in 1973. It was one of over 300 so-called "wildcat strikes" during this period, in which foreign workers and Germans worked together to improve working conditions. These strikes were called "wild" because they were not started or supported by a trade union.

In many factories it was mostly migrants who started and led the strikes. At Pierburg, migrant women took a leading role in this process. Together with the majority of their colleagues, they stood up for more equal rights and a fair work situation for all. 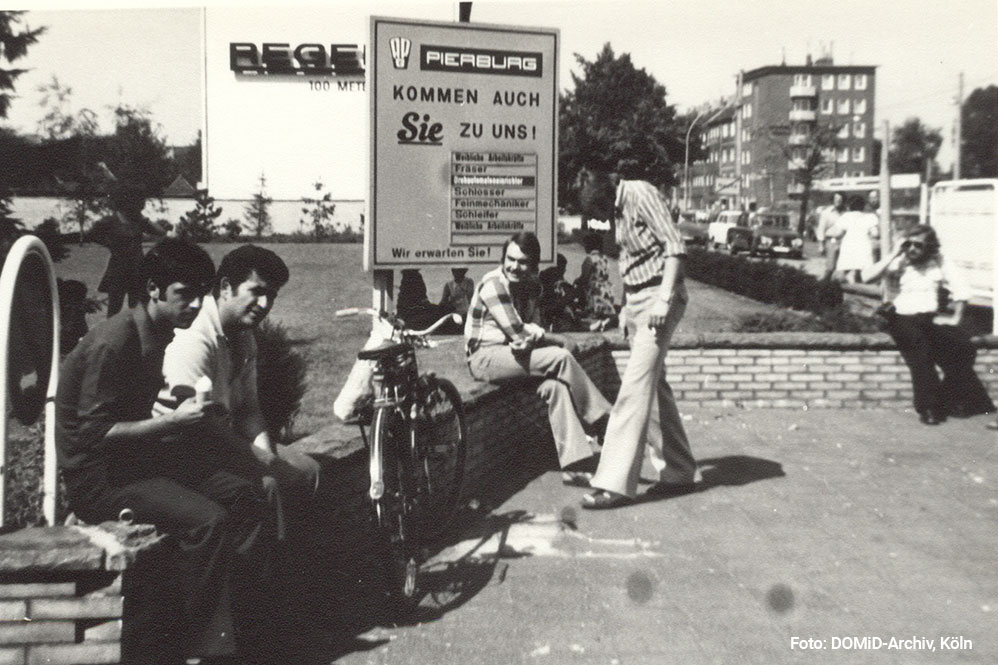 1973 was not only a year of strikes, but also the year of the so-called recruitment stop, which was justified as a necessary consequence of the so-called oil crisis. The goal: No more foreign workers were to be recruited. The "guest workers" were to return to their home country if possible. For many, however, returning was not an option. In the meantime they had settled in or had not yet earned enough to start a business in their region of origin. Some were also hindered by the unstable political situation in their home countries. Migrant workers have long been a part of Germany, even if the government often saw things differently. The strike at Pierburg is an example of how important migrants were for civil society movements for the emancipation of women and the rights of workers.

In 1973, the automotive supplier Pierburg employed over 3,000 people, 70% of whom were foreign workers. The majority of Pierburg's employees were women, most of whom worked in wage group 2, the so-called low-wage group. However, their work was not easy - there was a lack of cleanliness, and the one-sided strain of assembly line work was a health hazard for many. The women earned just 4.70 DM per hour, while their male colleagues earned 6.10 DM for the same work. 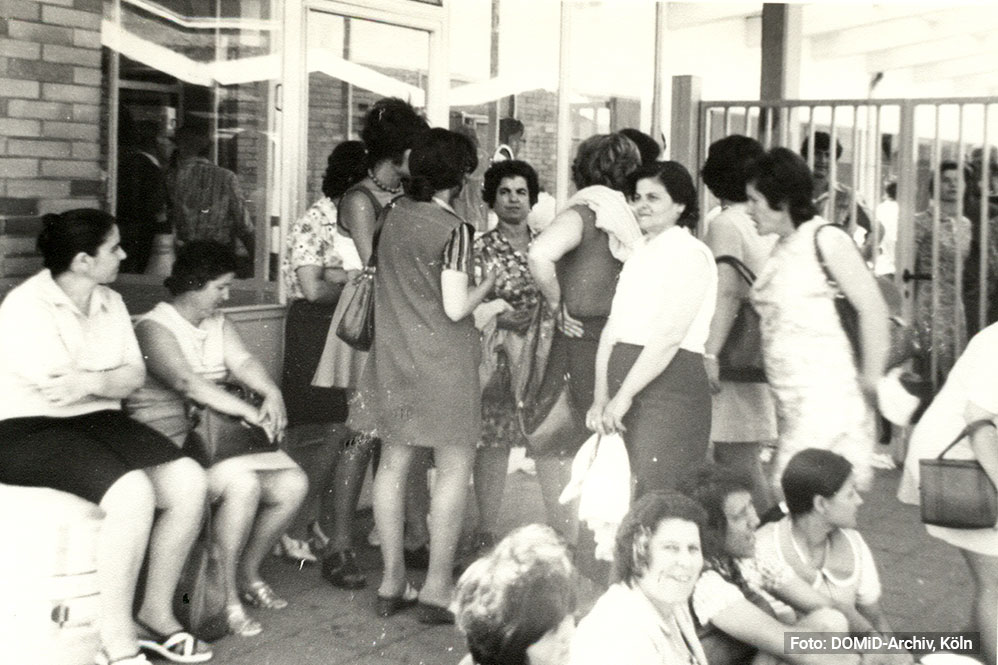 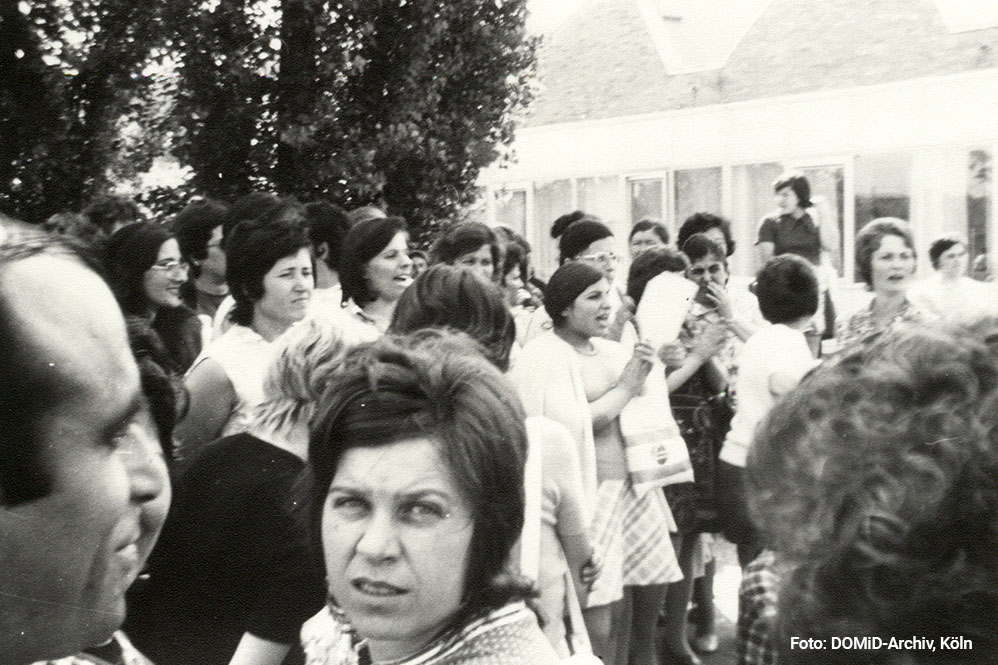 In June and August 1973 a total of some 2,000 workers, 1,700 of them women, mostly from Yugoslavia, Spain, Turkey, Greece and Italy, initiated a general strike at Pierburg. They demanded the abolition of the low-wage group 2 and one German mark more pay for all workers. The strikes were met with a firm hand from the state side - the police often intervened violently in the protests. But there was also a wave of solidarity : On August 13, the strikes had only been started by smaller groups. But after police arrests and attempts at intimidation by the management, more and more employees gradually joined in. Among their German colleagues, the migrants sought solidarity - with success: within a week the work flow at the company came to a complete halt. The public also showed solidarity with the strikers. In the end, the management had to react as well: wage group 2 was abolished and wage increases of 30 Pfenning for all workers were implemented. The 1973 strike at Pierburg is thus a prime example of the struggle for more gender equality. 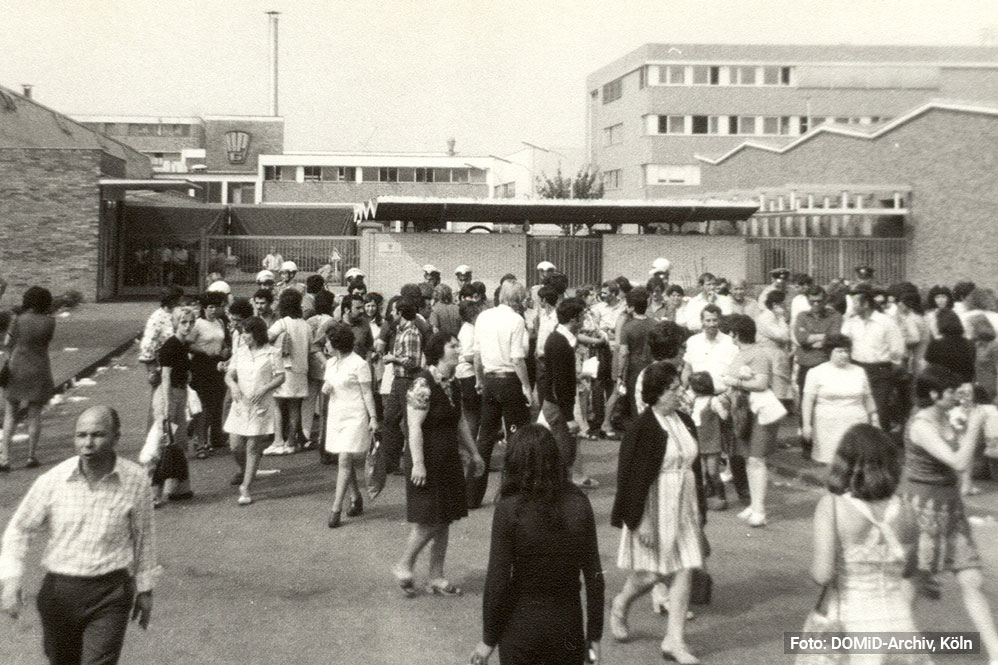 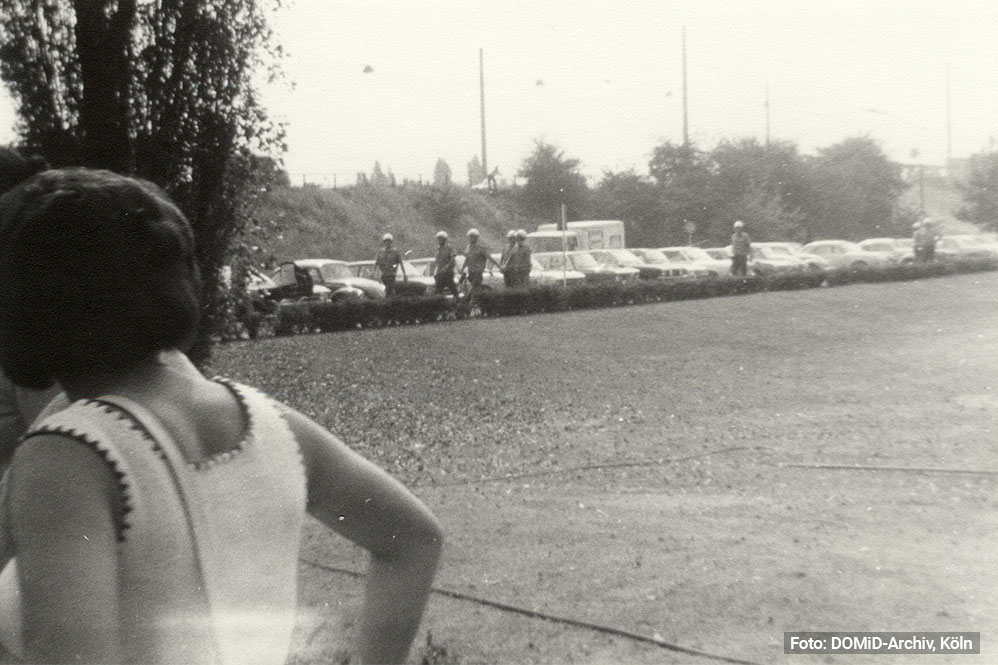 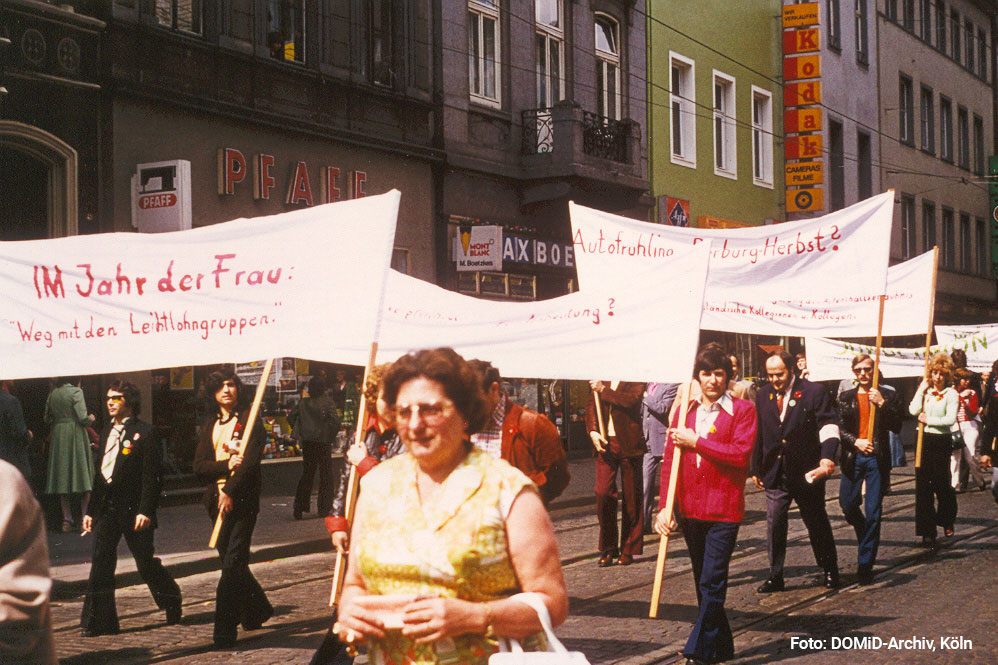 "One more mark!" - that was only one of the many demands with which the workers at Pierburg came to the public. In June, the strikers initially set out their conditions in a detailed 13-point plan. Later, the demands were reduced to the abolition of wage group 2 and a Deutsche Mark more pay for all employees. DOMiD archive, Cologne, E 0890,0039

During the strikes, the police intervened with a firm hand. Contemporary witnesses emphasize that the cohesion among each other was enormously important also for this reason. DOMiD archive, Cologne, E0890,42

Even before 1973, the women workers at Pierburg brought about changes through their strikes: In 1970, over a thousand salaried women from Germany and Yugoslavia successfully demanded the abolition of the low-wage group 1. DOMiD Archive, Cologne, E0890,84 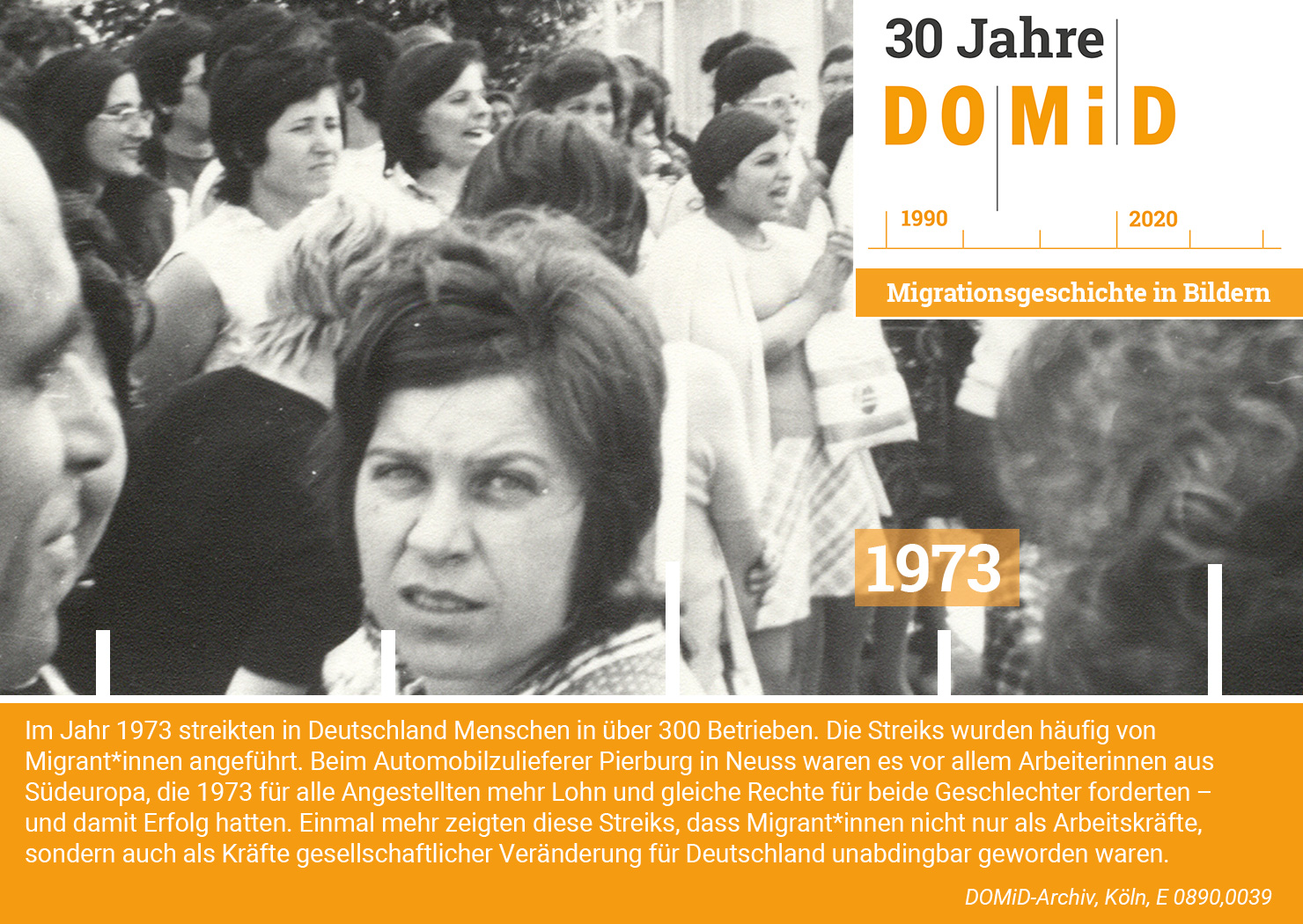